Photo of the Day: A little pre-Christmas cheer

And while we’re on the subject of Christmas… My big day approached and what a fuss they put on; nearly the whole town of Hanley turned out. It was a Church of England Wedding and the building (at left – Ed) was crowded as Nancy’s people were well known.

Nancy looked beautiful in her wedding robes and me in Royal Air Force Uniform. It was quite a sight.

Although we were living in the same building, we were kept apart and some job as it is supposed to be bad luck if you see your Bride before viewing your future partner at the altar.

It was a beautiful service although I didn’t hear it all as the noise from my knees knocking and shaking was a diversion. Was I nervous? Yes! but Nancy was cool and kept me under control. 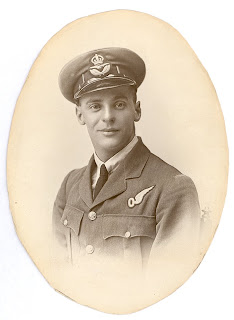 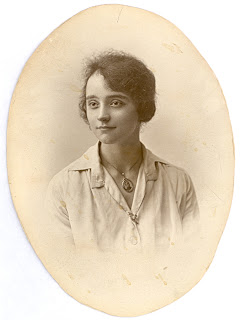 After I kissed my wife and everyone else had pecked at poor Nancy, we left the Church for the Photograph Studio. Everyone was shouting and throwing rice. An old lady got through the crowd and shouted at me to be good to the Lassie and threw an old baby slipper into the Car which landed on my lap. After the service was over I must say it was the happiest day of my life.

The evening of the marriage Nancy, Father and Mother arranged the Wedding Dinner. What a spread and speech-making! My turn came and I was nearly speechless, but I made a poor attempt.

Who wants to look at the Bridegroom, he is a nonentity. It is the Bride that gets all the attention.

Everyone was happy but the time came for Nancy and I to leave and we were driven to Stoke-on-Trent Station. We got into an empty compartment but just my luck, two business men got in after us and started to talk business.

We wished them in the ‘Hot Place’ but after approximately 25 miles they got out and we had the compartment to ourselves all the way to Edinburgh, Scotland.

We were met by relatives and taken to Portobello where we stayed during our Honeymoon.

Portobello was a Seaside Resort and of course, the House was a typical seaside establishment operated by two maiden ladies who were Scottish to the marrow.

I remember one instant that did not please us, especially me: a young Scottish Officer was staying there and if he had any meal he was placed at the head of the long table and all the paraphernalia was set out for him; silver utensils, etc.

While Nancy and I were at the bottom of the table, no one else was there, and we got the common dishes and Boarding House Food.

He was an Officer of the same rank as me but we never acknowledged one another. We Canadians were not too popular as we were looked upon as some kind of an aboriginal.

There was a lot of jealousy going on at that time. Our men, Soldiers, Sailors and Airmen, had acquitted themselves in a wonderful manner and the American (U.S. Forces) had also done a wonder job: Won the War. They didn’t mind telling everyone about it (“a worn-out enemy,” we said) and of course, the ordinary people did not know we Canadians were a portion of the British Commonwealth.

To give the Americans their due, I don’t think the Allies would have been victorious if they had not received help from the U.S.A.: Men, Goods and Financing. That is my opinion. I was always on excellent terms with the Americans as we were domiciled in their territory in France (9 Squadrons) and the Americans treated us well in their Canteens and Officers Mess.

The American Officers were down-to-earth individuals and personally I got on first class with them and all their men, N.C.O., and men in the ranks; while I had had enough of the British Officers during my training as a Cadet. They acted as if they were God’s Chosen People. They were correct no matter what they said; Black was White and White was Black and no shades of color in between. 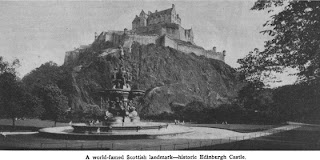 We travelled a lot; walking up to the Capital and visiting the Famous Edinburgh Castle and Sir Walter Scott Monument on Princes Street Gardens. We were shown around by a friendly guard and saw places very few visitors were allowed to see: cells, lookouts, and interior places that were off the record. 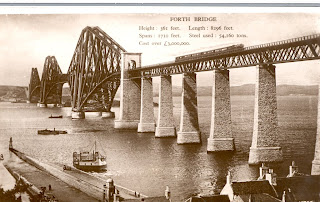 We went to Theatres and Concerts and really enjoyed ourselves. We could see the famous bridge on the Firth the Forth and it came back to me when Mother took Fred and I on a boat trip up the river.

Permanent link to this article: https://edwardwillett.com/2008/12/the-first-world-war-memoirs-of-sampson-j-goodfellow-part-27-wedding-and-honeymoon/