A nice review of Marseguro…

Insight into the theory of mind

An Aurora display at McNally Robinson in Saskatoon 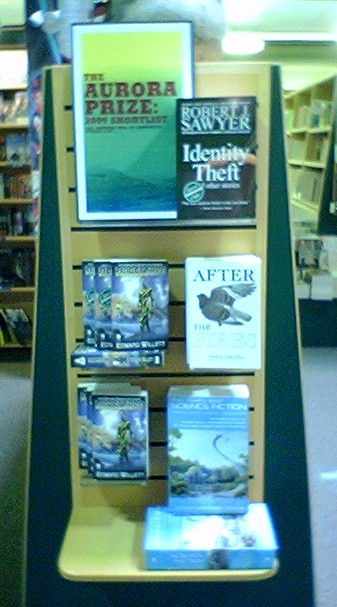 *Oh, have I mentioned recently that Marseguro is an Aurora Award finalist? The voting deadline is July 15! Don’t delay, vote today!

Permanent link to this article: https://edwardwillett.com/2009/06/an-aurora-display-at-mcnally-robinson-in-saskatoon/