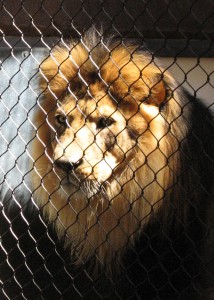 One of the more striking exhibits at the Royal Saskatchewan Museum is the woolly mammoth that looms over you, emerging from a forest, when you round one of the corners in the Earth Sciences Gallery.

Twelve thousand years ago, you might have encountered exactly that scene while strolling through Saskatchewan: these days, the closest you can come is a museum exhibit, because woolly mammoths are, of course, quite extinct.

But gone forever? Perhaps not. As the hag tells Prince Caspian in the C.S. Lewis book of the same name, “You can always get them back.”

Oh, sure, she was talking about the White Witch, but she could have been talking about mammoths: at least, that’s the hope of a group of Japanese researchers led by Akira Iritani, professor emeritus of Kyoto University.

Nor will it require black magic. Just a chunk of tissue from one of the mammoths periodically found frozen in the ice, an elephant’s egg cell, an elephant’s uterus, time…and luck.

The result will be, if all goes well, a living mammoth genetically identical to the long-dead but freezer-fresh original: a clone.

“Clone” sounds very science-fictiony, but in fact we’ve been surrounded by them for thousands of years: every plant produced from a leaf cutting is a clone, genetically identical to the plant the cutting came from.

“There are also naturally occurring clones in the animal kingdom.” (I’m quoting myself here, from my book Genetics Demystified.) “With the right chemical stimulus, the unfertilized eggs of some small invertebrates, worms, fish, lizards and frogs can develop into full-grown adults that are clones of the mother, a process called parthenogenesis. And, of course, identical twins are clones of each other.

“However, the first artificially produced animal clone was created by John Gurdon in the 1970s. He transplanted the nucleus of a somatic cell from one frog into the unfertilized egg of a second frog that had been enucleated—its nucleus had been destroyed by ultraviolet light. The egg developed into a tadpole genetically identical to the frog whose cell the nucleus came from. However, it did not grow into an adult frog.

“This type of cloning is called somatic nuclear transfer. It was not successfully carried out in mammals until Ian Wilmut and colleagues at the Roslin Institute in Edinburgh successfully cloned Dolly the Sheep in 1997. Wilmut took a nucleus from a mammary gland cell of a Finn Dorsett sheep, and transplanted it into the enucleated egg of a Scottish blackface ewe. The nucleus and egg were forced to fuse (and stimulated into dividing) with a jolt of electricity, a process called electrofusion. The new cell divided, and was placed in the uterus of a blackface sheep to develop. Dolly was born some months later. The process had been tried 275 times before it was successful.”

Since Dolly’s day, many other mammals have been cloned: including, a year ago, a Pyrenean ibex, which went extinct in 2000. Scientists had preserved a skin sample in liquid nitrogen, and were able to extract DNA from it, replicate it, insert it into goat eggs, and create a viable embryo that was born alive to its surrogate mother.

Unfortunately, the newborn kid had lung defects that soon proved fatal. Which is one reason luck is vital to the attempt to resurrect the woolly mammoth. Cloning based on frozen DNA is only about 30 percent successful, and even extracting a good DNA sample from frozen mammoths— frozen for a very long time and at temperatures nowhere near those of liquid nitrogen—has proven nigh-impossible.

But recently, Teruhiko Wakayama of the Rikan Centre for Developmental Biology developed a new technique that enabled him to extract viable DNA from a mouse frozen for 16 years at temperatures comparable to those of frozen mammoths. Using a method based on that technique, Iritani and his research team have successfully extracted undamaged nuclei from mammoth eggs.

Now they’ll implant that DNA into an elephant’s egg, creating an embryo which will be implanted in an elephant’s uterus. There are many pitfalls along the way, but Iritani hopes to succeed within five or six years.

The hope is that having a living mammoth to study will help scientists understand why they went extinct in the first place. As well, success with a mammoth might point the way to bringing other extinct species back from the grave—and insuring that currently endangered species aren’t lost forever if they fall extinct.

But never mind that. The coolest thing of all would simply be seeing a woolly mammoth, alive and in the hairy flesh.

In Lewis’s Narnia books, the White Witch made it “always winter and never Christmas.” For frozen mammoths, it’s been winter a very long time…but Christmas, spring and summer could be just around the corner.

The photo: The King in exile, Denver Zoo.

Permanent link to this article: https://edwardwillett.com/2011/01/cloning-a-mammoth/