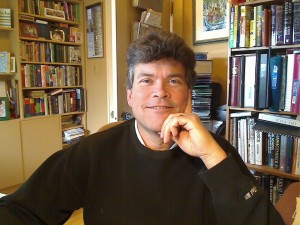 …by not posting regularly this week as I did last, but although I was a bad little blogger, I was a good little writer. See, Twist of the Blade, the sequel to Song of the Sword, and the second book in my brand-new YA fantasy series Shards of Excalibur, is in the revision stage. And there were lots of revisions. Which I did not allow enough time to do before they were due, which was Friday (actually a week earlier, but I’d already begged for an extensions.)

Also, embarrassing revisions. Like rewriting scenes so I was showing and not telling. Adding sensory details. That sort of thing. You know, the stuff I tell my writing students about all the time when I’m working with young writers, the stuff I know to do, but didn’t do in the rush of getting the book submitted to the editor by something approaching the deadline. Sigh.

Still, my editor at Lobster Press, Mahak Jain, made some very trenchant and pertinent comments and suggestions that have resulted, I trust, in a better book (and since I expect at least one more round of revisions, it will be even better after that).

But, because I was behind, I concentrated on doing that instead of doing other things earlier this week. And then, today, my concentration was on something that was a new experience for me: a virtual author visit to multiple schools, a program created by the Saskatchewan Chapter of CANSCAIP (that’s the Canadian Society of Children’s Authors, Illustrators and Performers).

Although I did pretty much what I would have done at an in-person school presentation (although I begged off singing at the end, although asked, because I wasn’t sure how well the audio would have worked), talking about all the books I’ve written, reading from Song of the Sword, and answering questions, rather than seeing anyone in person, all I was looking at was the blank lens of my Webcam up above my monitor, and an Elluminate Live! virtual classroom screen, which shows you a list of people (or, in this case, schools) logged in at the upper left, questions and comments being typed below that, your own video feed (it could show other people’s video, too, but there wasn’t any for this session), and a whiteboard where you can write, draw, or, in my case, post a PowerPoint presentation showing my book covers and some other stuff. So except for the voice of the moderator, Linda Aksomitis, who asked some preliminary questions, helped look after technical problems and then chose the questions from the schools for me to answer at the end, it was pretty much like talking to myself.

Which maybe isn’t that strange for a writer, because after all, that’s what we do all day at the keyboard: talk to ourselves. We just don’t do it out loud. (Usually.)

It all seemed to go pretty smoothly, though, and now I’m really looking forward to my second virtual classroom visit tomorrow morning.

Now I’m about to head off to Marion McVeety School for an authors’ evening it’s hosting, where I’ll be talking to parents and students and promoting my books…and books in general: both the virtual visits and this real-life one are in aid of Family Literacy Day. Authors have a vested interest in promoting literacy: writing stuff that nobody could read would be a singularly silly enterprise. (Although we’d probably do it: many would-be authors write reams that will never be read by anyone…and yet, they write.)

As for what’s next in my own writing: well, I’ve also had a long phone conversation with Sheila Gilbert at DAW Books about the first Lee Arthur Chane fantasy, Magebane, coming out this October, which means I now have to do the revisions on it over the next couple of months. I’ve also got Blue Fire to finish up, some chapters of a new YA fantasy, Masks, to polish off to run by my agent, more Twist of the Blade revisions to come, and most immediately, several additional chapters for, and a complete rewrite of, a history of Government House. Oh, and some science writing, too.

No rest for the wicked, they say. I must have been really, really bad.

The photo: Me, as a virtual, though not necessarily virtuous, visiting author.

Permanent link to this article: https://edwardwillett.com/2011/01/ive-been-a-bad-blogger/