An epic tale of self-control 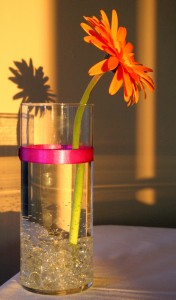 You may have seen this news item recently about how a toddler’s self-control at the age of three can predict his or her health and wealth once grown.

This study has been running through my mind for a week because I have, I think, demonstrated a tremendous amount of self-control over the past few days, and although I am not three years old (not physically, anyway; emotionally…well, you’ll have to ask my wife), I’m still hoping that it might be a harbinger of great health and wealth to come.

To understand just how much self-control I have exerted, you first have to understand something: I am a man. Not only that, I am of that breed of man known as the “gadget-lover.” Nothing makes me happier than unpacking a new electronic gadget, unless it’s handling a new electronic gadget, fondling it sleek black slides, admiring my reflection in its shining surface, twiddling its buttons, tweaking its settings…

And yet, for a week now I have successfully fought the urge to set up that most tempting of gadgets, a brand new Dell Studio XPS Windows 7 computer. I have not even peeled the thin transparent cover off of the shining black surfaces, though I have longed to (oh, how I have longed to). I have only admired its sleek red metal highlights from afar. I have not plugged anything into it, or it into anything else. I haven, in short, been self-controlling like crazy.

The reason? Because I’m awaiting the arrival of another new gadget, a 23-inch widescreen monitor. Once I have it (any day now! Oh, UPS, where art thou?), then I can move my old computer, whose own new-gadget appeal has, alas, long since faded into blah everydayness, into another room, along with my old monitor (which also once quickened my pulse, but has become nothing but an old familiar face). Then I can move the new computer into my office, hook it up to the new monitor, and start a fresh relationship unsullied by the baggage of yesteryear, which will mostly stay on the old computer, still conveniently close at hand for the transfer of whatever files I decide absolutely have to be transferred to the new machine.

Were computers capable of feelings, this might be expected to upset the old computer, since it is rather akin to living with someone for a while, then dumping her and moving in with someone else, but keeping a bunch of books and clothes at the first person’s place, dropping by to fetch them as they are needed.

Fortunately, computers are not capable of feelings. Except…

Well, none of the impending arrangements can be a secret to the old computer, since the new computer and the new monitor were both ordered using its browser and Internet connection. And last night, at a most inopportune time, the old computer decided that it would, on its own initiative. sever its relationship with several of its gadgety friends. Though the computer and these gadgets have long kept in touch with each other and with me via USB, last night, all communication ended. Which forced me to spend rather more time than I wanted on hands and knees scrabbling among the tangle of cables beneath the desk to plug everything in to different USB ports. And since my Outlook mail file is on an external hard drive that was one of the items involved, Outlook got confused, and so this morning I’m having to run an inbox repair tool so that I can send and receive emails reliably.

But I confess I’m just a little leery about having to leave the house today. If I return to find a smoking pile of rubble…

Well, we’ll all know who to blame, won’t we?

Permanent link to this article: https://edwardwillett.com/2011/02/an-epic-tale-of-self-control/