Another review of Song of the Sword…

The Space-Time Continuum: In praise of Locus 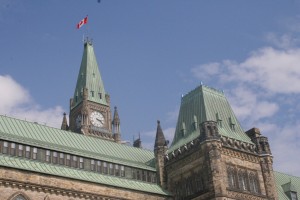 Canada is about to enter a federal election campaign, and you know what that means. Platforms, proclamations, partisanship, preening, pretending, pandering and pestering, not to mention politicians on your porch.

It’s enough to make you tired, but at least here that knock on the door is a smiling politician and not the secret police. As Winston Churchill famously noted, “democracy is the worst form of government except all the others that have been tried.”

That doesn’t mean it can’t be improved, of course. In Canada, we periodically get calls for parliamentary reform, but there’s one kind of reform I’ve never heard mentioned, one that may sound drastic, but boasts mathematical evidence that it works, as Italian researchers have just pointed out in a new paper entitled, “Accidental Politicans: How Randomly Selected Legislators Can Improve Parliament Efficiency.”

“Randomly selected legislators,” in this case, are not what you get when people flip a coin just before they vote. Rather, they would be legislators selected from a pool of possible candidates by lottery. (“Congratulations! You’ve just won four years in Parliament!”)

Too radical? The ancient Greeks, who created democracy, didn’t think so. In ancient Athens, governing bodies were largely selected by lot, a process called “sortition.” Down through history, sortition has been used in many other places. In Venice, it was used for more than 500 years, from 1268 right up through the fall of the Venetian Republic in 1797.

The Italian scientists created a mathematical model of a unicameral Parliament with 500 members and two parties or coalitions, and set about evaluating its efficiency in terms of acts approved and average social gain ensured. Each simulated legislator could perform only one of two actions: propose an act, or vote for or against a proposal.

Then they put their model through its paces under a variety of situations, with the parties narrowly split (51 percent to 49 percent), more widely split (60/40), and very widely split (80/20), and with differing numbers of random legislators.

Their results were intriguing. They found that independent legislators increased the efficiency of the Parliament, but that doing away with parties altogether did not. In fact, they were able to derive what they call the Efficiency Golden Rule, a mathematical formula they say could allow a real-world Parliament to fix the optimal number of random legislators (or “accidental politicians,” in their highly felicitous phrase) that should be appointed after an election establishes the percentages of the vote going to each party. (The greater the size difference between the Parties in the new Parliament, the more accidental politicians needed to achieve maximum efficiency.)

Accidental politicians, the authors argue, could alleviate the well-documented problems of the Party system. The “iron law of oligarchy” formulated by sociologist Robert Michels states that all organizations, democratic or not, inevitably develop into oligarchies.

In democracies, Party elites focus on serving the Party and themselves, sometimes at the expense of the public. MPs who vote against the Party line may be ostracized, expelled, or not endorsed at the next election. This results in a “democratic aristocracy,” where representatives reflect only certain ideas or classes of people, and which is very slow to accept change.

Including random legislators, the researchers argue, would give a fair shot to people of any income, race, religion or sex, and would reduce the influence of politically active groups, whose members are more likely to join political Parties and thus are over-represented. As well, accidental politicians would owe nothing to anyone for their election, answering only to their consciences. Random selection is also less easily corruptible than elections, where money talks.

The authors admit their model is much simpler than many of the governing systems used in the world’s democracies. And so, as is so often the case, more research is needed.

Still, as we in Canada head to the polls, I find the thought of “accidental politicians” intriguing.

They couldn’t do much worse than some of the elected ones. And they just might do much better.

Permanent link to this article: https://edwardwillett.com/2011/03/the-case-for-accidental-politicians/