The science of ebooks vs. print books

Of mice and man-flu 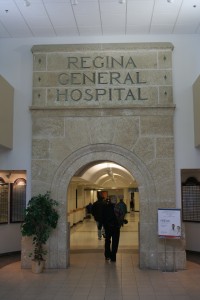 As any wife will tell you, men are lousy at being sick. They swear they’re on death’s door when it is quite apparent to their long-suffering significant other that in fact they are suffering from nothing more than a cold, nowhere near as bad as the one she had the week before when she not only went to work every day, she cleaned the house, did the grocery shopping, and took the kids to school, dance and piano lessons and hockey practice—which, come to think of it, she’s doing again this week. So, really, so what if he’s sick, since who can tell the difference? Well, the difference is he groans and complains a lot, that’s the only difference, and if he asks me to fetch him a box of Kleenex one more time I’ll—

But, men (and let us not forget I number myself among your…um, number), science has come to the rescue, with a study, published in the medical journal Blood, that shows that in rodents, at least, there are fundamental differences between the immune systems of males and females, lending scientific credence to the whole idea of what is sometimes called “man flu.”

We’re talking really serious science here, too: you can tell by the article title, “Sex-difference in resident immune cell phenotype underlies more efficient acute inflammatory responses in female mice.” I mean, when you read that title to your wife, especially in a really stuffed-up and fatigued voice, she’ll have to believe you when you say science proves you’re sicker than she was when she had the same thing, won’t she?

And to top it all off, the lead author of the study is a woman: Ramona Scotland, an immunologist from the William Harvey Research Institute at Queen Mary, University of London.

For their experiment, the scientists exposed both male and female rats and mice to different types of infections, then observed the behavior of the two genders to see how they were affected. Within three hours, the males looked very sick, but the females carried on as normal, apparently not ill at all.

All the other variables were carefully controlled: the rodents had the same genetics, lived in the same environment, were the same age, were infected with the same amount of live bacteria on the same day at the same time—the only difference was the sex.

Now, my wife’s response to this data would have been, “Well, that’s because women are superior to men. Duh!,” but apparently that’s not enough of a response when one is conducting serious scientific research. So the scientists set out to discover the mechanism behind this difference. They measured the number of white blood cells in the body cavity and lungs of the rodents.

White blood cells, or leukocytes, come in various flavors. Two of those involved in fighting infections are neutrophils and macrophages. Macrophages gobble up invading bacteria. Neutrophils also attack infection, but in the process, they damage the infected tissue, which contributes to the run-down feeling of being sick.

The researchers found that the female rodents had twice as many macrophages, and that they were more effective at gobbling up bacteria than were the corresponding cells in the male rodents. That meant they produced less of the chemical signal that summons the neutrophils, which meant tissue underwent less damage…and hence, the females did not feel the effects of the illness as much as the males.

Or, as Phillip English wrote in his article in Cosmos Online, which is what drew this to my attention, “this all added up to a set of female rodents that were much better equipped to fight off infection than males, and felt better while doing it.”

Now, of course, all this comes with the usual caveat about this kind of research: namely, that mice are not men (even though John Steinbeck wrote about them both), and in fact the immunological balance might vary widely between different strains of mice, never mind between mice and men, yada yada yada.

But you have my permission to ignore such fine distinctions if you are male, you are sick, and you are getting too little sympathy from your wife.

Just repeat after me, “The fault is in our macrophages, not our minds, that we are wusses.”

Permanent link to this article: https://edwardwillett.com/2011/10/of-mice-and-man-flu/