Saturday Special from the Vaults: Close Encounters of the Science Centre Kind

On the naming of drugs 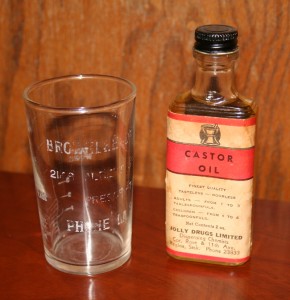 If you take a prescription drug, you’ve probably said to your pharmacist something like this. “Hi, I need a refill of the hydro… chloro… thoro… acti… zine? Zanc? Something like that.”

At which point the pharmacist manfully chokes back his laughter at your pharmaceutical phonetics phailure, tactfully supplies the actual name of the drug, and the transaction continues.

So, why do drugs have such tongue-twisting names? Who comes up with them?

An article by Carmen Drahl in the latest issue of Chemical and Engineering News (C&EN) explains, in the context of failed efforts by Winston Pharmaceuticals to change the generic name of a compound chemically known as (deep breath) cis-8-methyl-N-vanillyl-6-nonenamide. Drahl reveals that drugs have something in common with T.S. Eliot’s cats: each must have three different names.

First, there is the chemical name, sanctioned by the International Union of Pure & Applied Chemistry (IUPAC). Then there is the proprietary name, the brand name the manufacturer gives the drug for marketing purposes. But in addition, each drug must be assigned a generic name. Brand-name drugs eventually go off patent, after all. As well, generic names can be used in scientific literature, on package labels and in educational materials without running into copyright issues.

The current system of assigning generic names is half a century old. By the late 1950s drug compounds had become so complex that the IUPAC names were too unwieldy for general use, so in 1961 the American Medical Association, the U.S. Pharmaceutical Convention and the American Pharmacists Association created the U.S. Adopted Names (USAN) Council to select concise generic names. The Food & Drug Administration became part of the process in 1967.

In the States today, the USAN Council names the active ingredients in everything from drugs to vaccines to contact lenses and sunscreens. It recommends its names to the World Health Organization’s International Nonproprietary Names (INN) program, and it’s that organization that eventually settles on the generic name that will be used worldwide, including in Canada.

The international nature of drug names is why you’ll never see a generic drug name containing the letters h, j, k or w: they lead to pronunciation problems in some languages. And some names put forward by the USAN Council, or other national bodies, are rejected by the INN program because they have bad or even obscene connotations elsewhere.

New generic names start with an established collection of name fragments called stems, each of which has a meaning connected to a particular class of drug, or a particular mode of action. For instance, the stem -ac relates to anti-inflammatory agents (derivatives of acetic acid), the stem -adox to a class of anti-bacterials, etc. The list of stems has slowly changed over the years as new drugs come on the market. There’s also a set of prefixes.

C&EN’s article gives as an example the popular drug Nexiuim, whose generic name is esomeprazole. The stem –prazole tells you (if you’ve memorized all the stems) that the drug is a benzimidazole antiulcer agent. The es- prefix, C&EN says, “describes the nature of the drug’s chirality—esomeprazole is destrorotatory and contains a chiral center in the S configuration,” an explanation I personally found less than helpful. But you get the idea.

Winston Pharmaceuticals’ efforts to change the generic name zucapsaicin to civamide (because, they said, civamide was commonly used in hospitals and by pharmacists) failed because generic names are rarely changed, provided standard protocols were followed: unless, that is, there’s a serious safety issue.

C&EN gives as an example the family of botulinum toxin drugs (which includes Botox), which underwent a generic name change in 2009 because under the old name dosage mix-ups had led to serious side effects and even deaths.

With prefixes, stems, and a few other conventions taken into consideration, the generic name is often three-quarters done. The originating company might then get to throw in a syllable or two of its choice. Often, it chooses to recognize one of the scientists involved in the drug’s development. For instance, the experimental hepatitis C drug asunaprevir gets the “sun” part of its name from Li-Qiang Sun, the chemist who first made it for Bristol-Myers Squibb.

So the next time you struggle with a tongue-twisting drug name, don’t take it personally. The name wasn’t chosen solely to baffle you and amuse your pharmacist. Drug names have specific meanings. Learn their building blocks, and you, too, can tell at a glance what a generic drug should do.

Well, provided you know what chirality is.

(The photo: A medicine from the days before generic drug names.)

Permanent link to this article: https://edwardwillett.com/2012/01/on-the-naming-of-drugs/