Some reviews of The Helix War

Seeking for life in all the wrong places 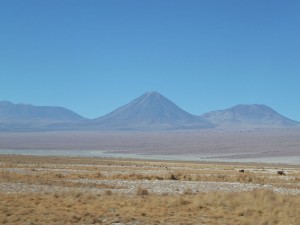 “It’s life, Jim, but not as we know it,” was never actually said in the original series of Star Trek (in fact, it’s from The Firm’s popular parody song “Star Trekkin’”), but it still sums up the notion that we might not recognize extraterrestrial life when first we encounter it because it’s so different from what we’re used to here on Earth.

But you know what? We’re finding out that even here on Earth, there’s quite a bit of life that is very different from what we’re used to everywhere else here on Earth.

In fact, we keep finding life in the strangest places: the scaldingly hot water and absolute darkness near deep-sea ocean vents, the incredibly cold and dry soil of the McMurdo Dry Valleys in Antarctica, in water pockets embedded deep in solid ice, and 200 metres underground in hot springs. The life forms that live in these conditions, which would kill most Earthly life, are collectively called “extremophiles.”

Now a team from Colorado University in Boulder has discovered some new extremophiles: a handful of bacteria, fungi and other simple organisms surviving on the incredibly life-unfriendly slopes of the tallest volcanoes (they rise to more than 19,000 feet) in the Atacama region, on the Chile-Argentina border.

How life-unfriendly? To begin with, the slopes of the volcanoes are bone dry: they’ve been ice-free for 48,000 years. A little snow falls, but it mostly sublimates back to the atmosphere the moment it hits the ground.

Nutrients? There aren’t any. The research team, led by Professor Steve Schmidt, found that nitrogen levels in the soil were below the detection capability of their equipment.

The temperature is also extreme. While the Colorado researchers were there, temperatures dropped to 14 degrees Fahrenheit one night—and soared to 133 Fahrenheit the next day.

And then there’s the ultraviolet radiation, twice as intense in the high-altitude environment as it would be in a normal low-elevation desert.

Yet a DNA analysis not only revealed life forms, it revealed they are very different from anything else that has ever been cultured. (To be sure, there’s not a lot of life. Normal soil has thousands of microbial species per gram. The Atacama mountain soil is dominated by fewer than 20 species.)

How do the microorganisms survive? Not through photosynthesis: the team from Boulder looked for genes known to be involved in photosynthesis and used fluorescent techniques that would reveal the presence of chlorophyll—and didn’t find either.

The researchers’ best guess is that the microbes chemically extract energy and carbon from wisps of carbon monoxide and dimethylsulfide that blow into the area. They wouldn’t get a lot of energy from that process, but it might be enough to keep them going over time.

Their growth is also likely intermittent. Each snowfall would provide a little bit of water which the microbes could use to grow; then they’d become dormant again.

Most places in the world are colonized by microbes that blow in from elsewhere, either in the air or in rain or snow. But these particular volcanoes are so inhospitable that anything from elsewhere that gets carried up their sides is killed immediately: what Schmidt calls “a huge environmental filter.”

The Boulder research is a fascinating look into a strange corner of the living world. The scientists hope to try to grow the microbes in incubators in their lab that can mimic the extreme conditions, to try to better understand just how they manage to survive in such an unfriendly environment.

Studying extremophiles expands the breadth of “life as we know it,” and helps us set the boundaries of life on Earth. It may also point the way to understanding and discovering extraterrestrial life.

Schmidt is working with astrobiologists to model what past conditions were like on Mars, a place of rocky terrain, thin atmosphere and high radiation levels—very similar to the slopes of the Atacama volcanoes.

“If we know, on Earth, what the outer limits for life were, and they know what the paleoclimates on Mars were like, we may have a better idea of what could have lived there,” Schmidt says.

Or, indeed, what may still be living there.

If we ever do confirm the presence of life on another planet, our expanding knowledge of the extremophiles of our own planet may enable us to say “It’s life, Jim…just like we know it.”

Permanent link to this article: https://edwardwillett.com/2012/06/seeking-for-life-in-all-the-wrong-places/