Some writerly (in residence) advice

Writing for an audience 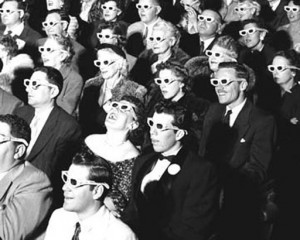 My wife and I have had season tickets to the Globe Theatre here in Regina for many years. One of the great things about having season tickets is that you go to shows you might otherwise not have chosen to attend, because you’ve committed yourself to taking in whatever the artistic director decides to present.

Of course, that means that sometimes you sit through plays you’d probably just as soon have skipped, and that happened to us a few years ago. While we were still in the what-were-they-thinking why-did-they-produce-that that-was-awful stage of grumbling, we heard an interview with the playwright who said that she gave no thought to the audience when she was writing a play; nor did she feel she owed the audience anything. Which, based on our experience, we thought certainly showed.

That authorial arrogance annoyed me. Giving no thought to the audience? Owing them nothing? And you’re a playwright?

In the theatre most of all, it seems to me, you have to write with an audience in mind, because there is nothing sadder or more pathetic than a play without an audience. (Trust me, I’ve performed in them.) It doesn’t mean you as the writer have to pander to the audience and go for cheap laughs (although even a cheap laugh is better than no laughs at all, if you’ve purportedly written a comedy), but you should at least be thinking of how your characters, performed by actors, will be perceived by those watching them, out there in the dark away from the lighted stage; you should be thinking of how you can provoke (to tears, laughter or even disgust) those watchers; you should be thinking of how you can reward those watchers for parting with their money and time to watch your words being brought to life, so that they leave thinking their investment was worthwhile.

In the theatre, the audience is literally in your face; as a novelist, your audience is more amorphous, since you can’t be sure who is buying your books (although the urge may be strong to camp out at the bookstore near your book, spy on those who buy it, follow them home, take note of their address, and knock on their door a few days later and ask them what they thought of it, trust me, fight that urge), but you still have general sense of who you’re writing for. A writer of hard science fiction makes certain assumptions about the ability of his or her audience to follow technical explanations; a writer of romance assumes he or she is writing for people who like characters who eventually fall in love, etc. It’s fun to play with audience expectations, to push the envelope of a particular genre or mash it up with another, but even then, you’re writing with an audience in mind: readers who like that kind of envelope-pushing.

If you write young adult novels, you are theoretically writing for teenagers (although stats indicate that about half the readers of YA are adults, which I figure reflects the fact that everyone and his dog and probably also his cat seems to want to write YA these days; most of those adult YA readers are probably actually wannabe writers), and that can influence your word choice, sentence structure, subject matter and, of course and most obviously, the age of your characters.

Some writers, like the playwright I mentioned above, continue to insist that they write just for themselves. There’s nothing wrong with that, of course; diarists have been doing it for centuries. So, sure, feel free to write just for yourself. But don’t be surprised if that translates into being the only one who reads it, as well.

And that means, while you’re writing, keeping an eye on the imaginary audience tucked away in the darkened seats of the theatre of your mind, taking note of when they laugh, when they cry, and when they throw up their hands in disgust in reaction to what you are putting before them.

Just hope they don’t spill their popcorn, though. That stuff is murder to get out of your brain.

Permanent link to this article: https://edwardwillett.com/2012/11/writing-for-an-audience/