The curious case of a previous Edward Willett, and his letters to Mrs. Bellamy

My future city: I dabble in public prognostication 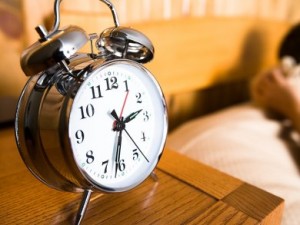 We’re coming up on the shortest day of the year in the northern hemisphere: at the latitude I live at, in Regina, Saskatchewan, that means that today the sun rose at 8:49 a.m. and will set at 4:54 p.m. We’ll lose a few more minutes yet before the winter solstice.

That’s not a lot of daylight: we spend two-thirds of our day in darkness this time of the year, and of course further north it’s even worse, until you get to the Arctic and twenty-four hours of sunlessness.

Thank goodness for artificial light! It means we can live pretty much as we want without being a slave to the natural cycles of the world.

Well, except for that pesky little thing known as the biological clock.

Our bodies have an internal clock that keeps us on a daily or “circadian” rhythm. The sleep-wake cycle is the obvious example. There are also rhythms to hormone release. The circadian rhythm is pretty much exactly set to the 24 hours it take the world to go around, which, obviously, works out handily for us…most of the time.

Trouble is, we can disrupt the circadian rhythm through exposure to artificial light and irregular meal, work and sleep times. This produces something called “circadian desynchrony,” and recent research indicates that this has consequences for our metabolism, and may even cause obesity.

According to Dr. Cathy Wyse, who works in the chronobiology research group at the University of Aberdeen, Scotland, “studies in microbes, plants and animals have shown that synchronisation of the internal clock with environmental rhythms is important for health and survival, and it is highly likely that this is true in humans as well.” She thinks that circadian desynchrony might be contributing to the relative sudden and recent increase in obesity in the developed world, in addition to the obvious factors like diet and exercise.

There’s a genetic factor, and Dr. Wyse thinks that some people may therefore be more at risk of circadian desynchrony than others. She hypothesizes that humans originating from equatorial regions, where day and night lengths don’t vary like they do in places like Saskatchewan, might be more sensitive to the effects.

One of the triggers for circadian desynchrony (a word, by the way, I haven’t yet managed to type correctly in one go, so I’m going to keep using it until I do) is artificial light. Now chemists at Yale University may have uncovered one of the mechanisms for that.

In a paper published in the Journal of the American Chemical Society, Sivakumar Sekharan, Jennifer Wei, and Victor Batista have shed some light (you should pardon the expression) on the pigment molecule melanopsin, which is present in the eye but is not involved in vision: instead, it absorbs blue light—something shed in great quantity by most electric lights, not to mention computer and mobile device screens—and triggers a neuronal signal to the suprachiasmatic nuclei, a small region of the brain that (you guessed it) is at the heart of regulating our circadian rhythms and matching them to the natural cycle of the 24-hour day.

Nobody has ever pinned down the structure of melanopsin, but the Yale scientists have proposed a model for the mouse version of the pigment (which is probably much like ours), based on studies of a closely related pigment in squid.

The researchers think melanopsin optimizes the visual pathways depending on the time of day. They note that early morning is often associated with being “bleary eyed,” which hints at a connection between the time of day, the biological clock, and visual acuity. (As my daughter’s new pajamas say, on behalf, I think, of everyone in the family, “Mornings just aren’t my thing.”)

Their model of the chemical structure explains how the pigment might work, and that’s important because, as they conclude, “Understanding the structure, wavelength sensitivity, and spectral tuning of melanopsin is the first step toward manipulating the regulation of circadian rhythms. As light is a powerful regulator of the circadian system, the findings could allow us to optimize the use of light in therapeutic applications”—a treatment, in other words, for circadian desynchrony. (Yay! Typed it right the first time!)

And if it leads to some way to climb out of bed in Saskatchewan in the winter without feeling like a half-revived zombie, well, bonus.

Permanent link to this article: https://edwardwillett.com/2012/12/circadian-desynchrony-and-the-blue-light-special/