My future city: I dabble in public prognostication 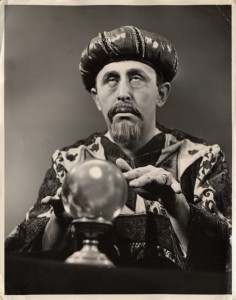 Later this morning I’m expecting a phone call from a reporter at the Regina Leader Post, who wants my science-fiction-writer take on the future of the city, ca. 2035.

Of course the city has its own rather boring (well, from an SF writer’s perspective) plan for the futuristic city of Regina, which is full of lots of nice buzzwords like “sustainable” and “accessible,” exactly what you’d expect, but as First World War German Field Marshal Helmuth von Moltke the Younger famously said (only, of course, in German), “no plan survives contact with the enemy”—and in this case the “enemy” is rapid advancement in technology.

I suspect the reporter is not looking for the kind of SF scenario that leads to exciting stories but terrible futures—you know, like the “no need to worry about 2035 because Regina, along with Perth, Australia, is going to be destroyed by a bomb launched from Mars by Ex Nihilo, a gold-coloured, horned alien creature” scenario that just surfaced in the Avengers comic book.

I mean, the easiest thing in the world is to create a scenario in which civilization is overthrown and we in Regina—and everywhere else—are into Mad Max territory. I’ve done it myself, in my YA novel The Chosen, which is set in Saskatchewan (though the characters never get to the ruins of Regina). There are so many disasters to choose from. All-out nuclear war used to be a favorite; less so now, although the Islamic-terrorists-get-the-bomb-and-nuke-selected-cities is certainly still believable. Civilization-destroying-plague could come from the aforementioned terrorists playing around with new DNA-manipulation technologies, or just from a mutated influenza virus, a la Stephen King’s The Stand (see, these scenarios aren’t even new; that book came out decades ago). I did the nanorobots-out-of-control-eating-everything-in-sight schtick in my short story “Waterlilies”; Michael Crichton did it in his novel Prey ten years ago (Crichton kind of specialized in this stuff, although I think the dinosaurs-brought-back-from-extinction scenario is highly unlikely).

There are more mundane catastrophes to choose from. Climate change? Sure, although global warming isn’t nearly as scary in Saskatchewan as global cooling would be. To warmth, you can adapt. Cold, on the other hand, kills. And we are overdue for an ice age.

And then there’s that massive volcano slumbering under Yellowstone, the one that could bury most of North America in lava and ash…

Great storytelling possibilities in all of those. But still, probably not what the reporter wants.

So that means we’re into near-future extrapolation-type science fiction scenarios here. (Which means this guy really ought to be talking to Robert J. Sawyer, but, oh well.) And that brings us back to technology.

See, the thing about predicting the future is that you can’t, not accurately, and the reason you can’t, mostly, is because technological advances not only have a way of sneaking up on you and taking you by surprise, they also have spin-off effects that even those who developed the advances don’t predict.

The automobile is a classic example. You might have predicted it would drive horse-buggy manufacturers out of business and take over the roads, but would you have predicted roadside attractions (like Corner Gas’s infamous World’s Biggest Hoe), whole neighborhoods where it’s impossible to walk anywhere because there are no sidewalks, or a sexual revolution driven in part by the fact that cars allowed teenagers to be alone together in a small space far away from prying eyes?

More recently, there’s the World Wide Web. It’s not even twenty years old yet, and look at everything it has changed, from the way we find out facts (see yesterday’s post about that 18th century lawyer who shared my name for an example) to the way we get news (newspapers are struggling everywhere, and the Web is the reason) to the way we shop (see a lot of small independently owned bookstores around anymore?).

It’s hard to pick, out of what I know about current technological developments, what will have the biggest impact on the city another 20-plus years down the road. But I’m going to have to tell the reporter something, and since the focus is on the city more than individuals, I think I’ve come up with a few things to think about.

If there’s one thing that defines the look of, and life in, cities, its transportation. Think of New York’s subways (of course, Regina has Subways, too, but ours only sell sandwiches),Venice’s canals, and, everywhere in the world, automobiles and buses.

What’s one thing that’s going to change future cities? Changes in our vehicles. Cars that drive themselves are already being tested and developed; eventually, they’ll start to show up in cities. But even cars people drive themselves will change, because cars are starting to talk to each other, and interact with intelligent infrastructure like traffic lights. By 2035, maybe the notoriously bad Regina driver (I know, every city’s population likes to claim, rather perversely, that its drivers are the worst, but really, I think we may have an edge in that dubious department) will be a thing of the past, as some cars (and potentially all taxis and buses) drive themselves, and those that don’t are in constant communication with each other and their surroundings, resulting in calm, ordered, efficient and stress-free commuting.

(Which of course would make for a really boring science fiction story, so if I were to write one about such a future, I’d be looking for ways to mess up that system and sow chaos and confusion in which my intrepid characters could have adventures…but that’s not what this exercise is about it. So stop it, brain.)

From the cities’ perspective, though, the rise of these kinds of intelligent transportation devices may lead to unexpected costs, as existing infrastructure has to be updated to accommodate them.

Materials science in general may transform the look of cities. (See my science column from a few weeks ago on “butterfly buildings”, buildings covered with an iridescent, color-tunable, water-resistant coating that also contributes to the efficiency of the built-in solar panels…to name just one example.) One hopes new roadway surfaces are developed that will not react to our climate and clay soils by potholing. And a truly effective anti-graffiti surface to which paint simply won’t stick (or, in my dreams, is immediately blown back in the face of the graffiti “artist,” thereby instantly marking him or her as a vandal) would be a wonderful thing.

Also on the city-wide scale, I expect to see changes in law enforcement technology. There are all kinds of advancements in surveillance technology (with corresponding concerns about privacy and individual liberty), but the one thing I’m almost sure we’ll see, because it’s already in use elsewhere, is the use of aerial drones to do everything from monitor traffic to keep an eye on Grey Cup crowds to watch for drug deals going down. (Bonus: how long before people hack into the video feeds of such drones and start throwing them up online, where they become extremely popular?)

Aerial drones are a kind of robot, of course, and I expect robots will be pretty much ubiquitous in another couple of decades: not humanoid robots, necessarily, but single-purpose robots like the aforementioned autonomous vehicles, floor-cleaning robots in high rises, snow-shoveling robots (please, please, can we have snow-shoveling robots?), automated Zamboni machines in ice rinks, etc., etc.

Some changes to the city won’t be apparent in the buildings or roads, but out of sight, inside people’s homes. But they could be the most disruptive. Take, for example, 3D printing. Already burgeoning, this could spell the end of some kinds of businesses as it becomes practical and affordable to simply print at home things you used to buy in stores, from dinnerware to electronic devices. (How close is this to the mainstream? In Europe, Staples in planning to start offering 3D printing services, of a simple kind, along with their other printing services.) How will big box stores survive when you can get much of what you used to buy there out of a little box in your home?

But I suspect the really disruptive technologies that may shape (or misshape) our lives and our cities over the next couple of decades are on hardly anyone’s radars yet, and will arrive, when they do, with a speed and impact that startles us at first…but which we soon take for granted, like we do looking at our phones for automated directions to our next destination now.

Science fiction, as I (and many others) have said before now, isn’t really about predicting the future; rather, it’s a literature that draws attention to the fact (a rather recent development in human history) that the future will be different from the present: that our children and grandchildren are likely to inhabit a world irreversibly altered, in many significant ways, from the one we grew up in. As much as anything, science fiction is a prophylactic: an inoculation against future shock.

Regina will be a very different place in 2035. Just how different remains to be seen. But the great thing about the future is that eventually all its secrets are revealed.

All you have to do is wait.

Well, and survive the alien bombs headed our way from Mars.

Permanent link to this article: https://edwardwillett.com/2012/12/my-future-city-i-dabble-in-public-prognostication/