As promised, some of the interesting (and, to modern eyes, occasionally odd/bewildering) ads from the 1930 (my best guess) Child’s Own Annual.

What strikes me most is that, though the annual was clearly intended to be read by children, the ads are very clearly intended only for grown-ups: there’s very little here that’s going to tempt a child to say, “Please buy that for me, Mommy!”

This is proof…sorry, “Prufe”…of, if nothing else, the fact that “quotation marks” have been “randomly applied” to “ad copy” for “generations.”

And remember: only the Empire’s finest Pure Wool is used!

(Funny thing: right up until…well, now…I read that as “Childprufe,” not “Chilprufe.” I actually think “child proof” underwear would be an even bigger seller…)

Several of the ads have to do with foodstuffs. For instance: 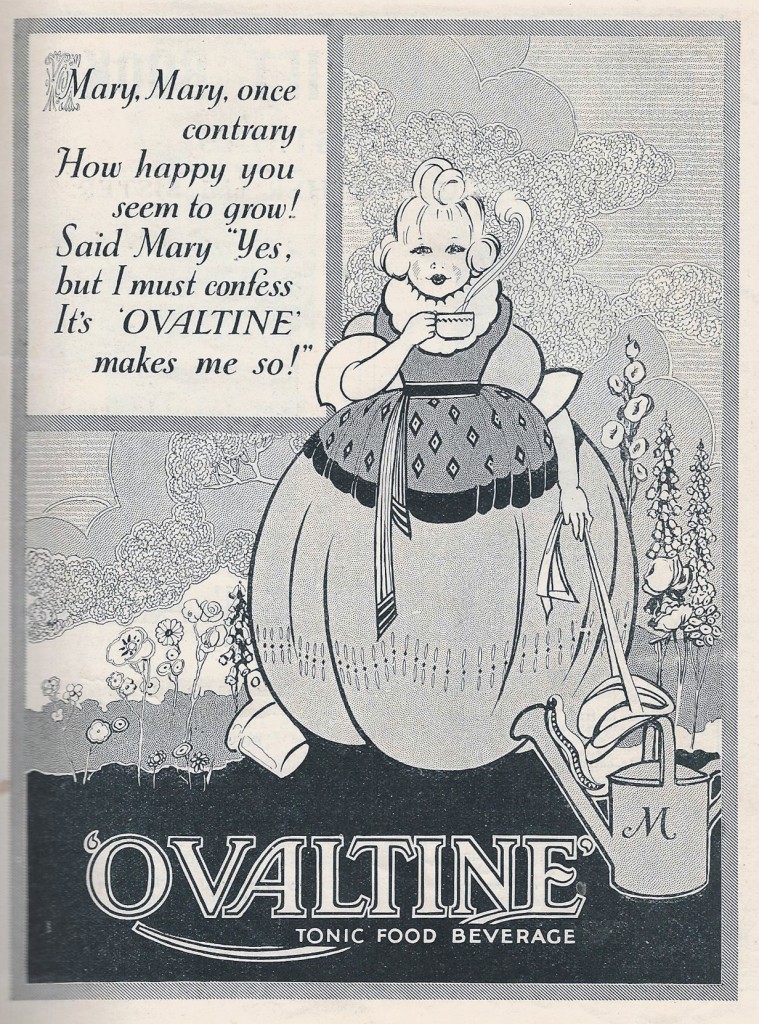 Not quite sure that the makers of Ovaltine meant to imply that imbibing their product would cause your hips to swell into the shape of a hot-air balloon, but that’s what I get out of the ad.

Then there’s this one: 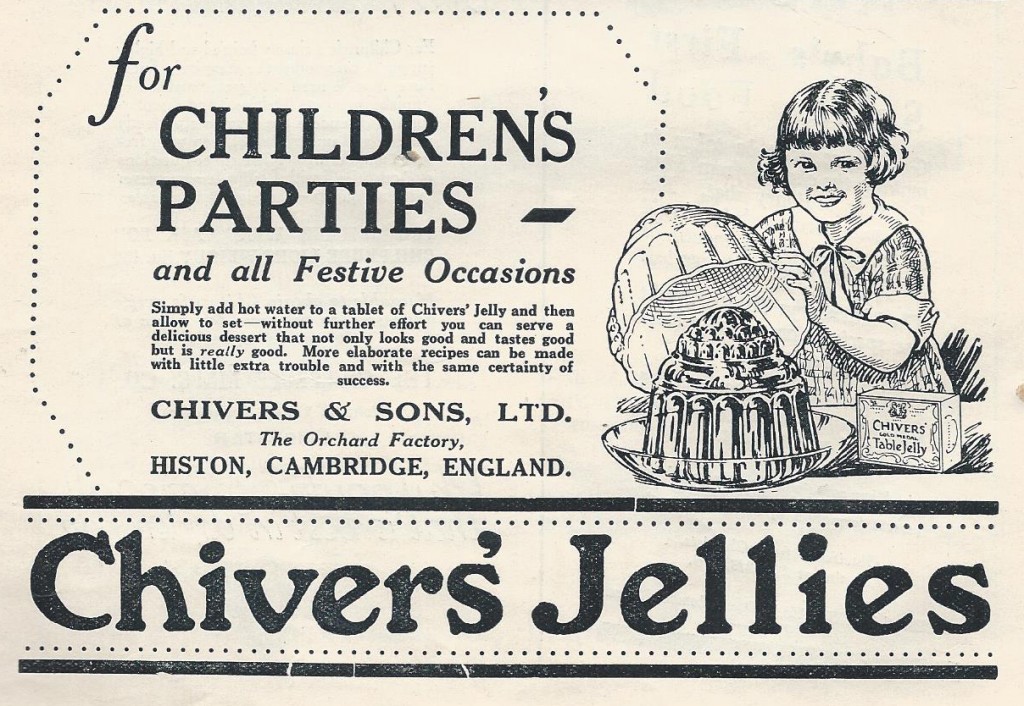 Just add hot water to a Chivers’ Jelly tablet and create a dessert that not only looks good and tastes good but is really good…unlike all those desserts that look good and taste good but are really bad. (Because they actually contain something more than sugar, glycerin, and artificial color?) 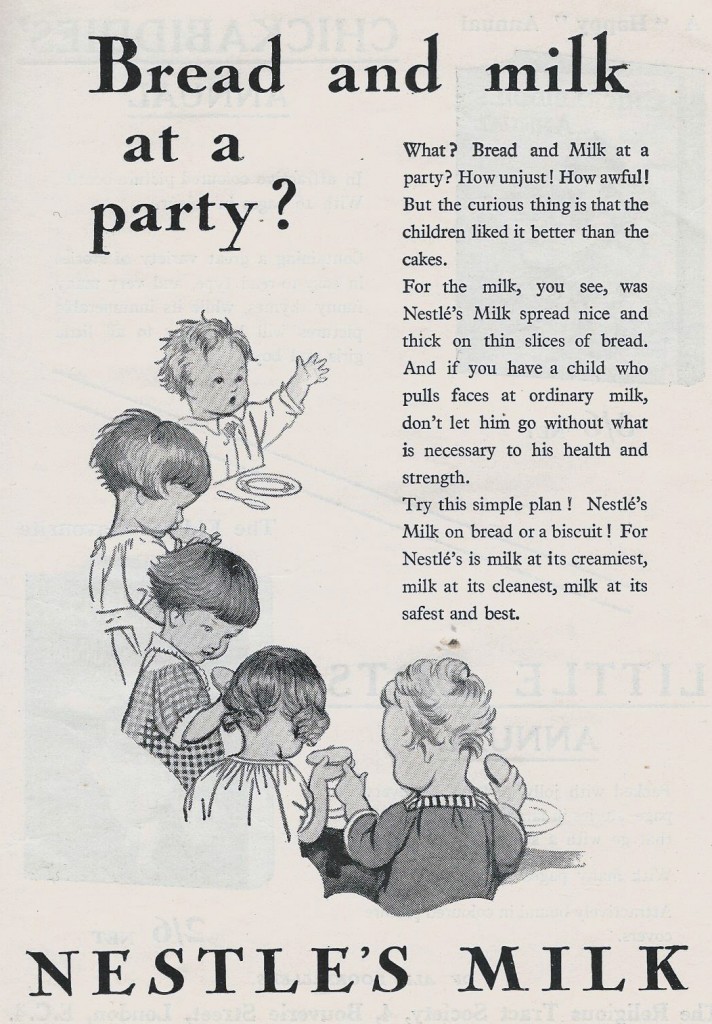 Perhaps the bread was this:

Still, I’d have to admit bread and milk, whether Bermaline and Nestle’s or some other combination, would probably sound good to me, too, if my initial introduction to solid food as a child had been: 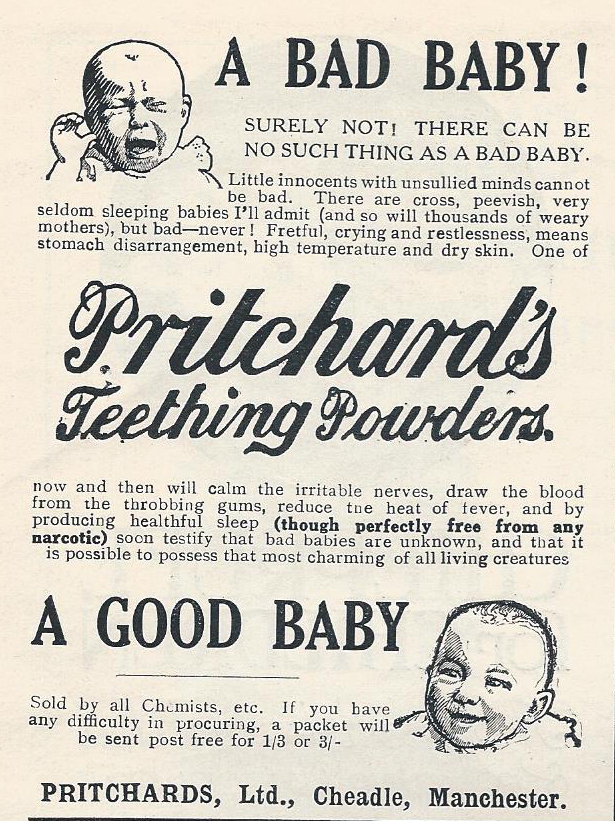 Interesting they felt the need to bold the words “though perfectly free from any narcotic,” which certainly implies that there were other teething products that weren’t.

Not quite every ad is focused so drearily on nutrition and underwear. This one actually features a toy: 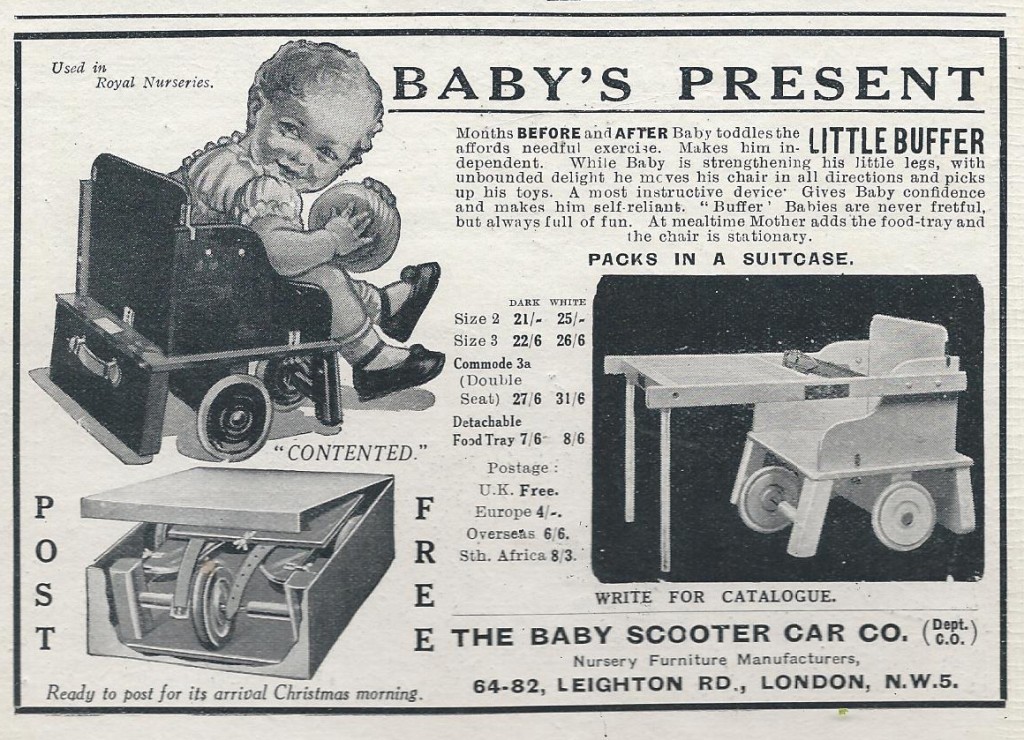 Versions of this still exist, of course. What I like best about this ad is that little note in the upper left corner: “Used in Royal Nurseries.” I love the image of a tiny future Queen Elizabeth II scooting around on one of these. 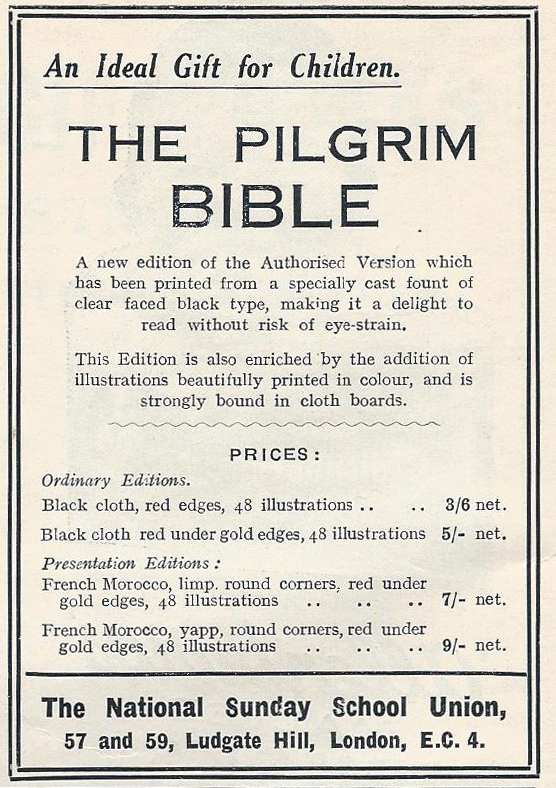 Having received more than one Bible as a Christmas present myself growing up, I do not mock the sentiment…but let’s just say they were not the gifts that made me jump up and down with glee upon receiving.

There you have it. A snapshot of England circa 1930. Next week, something else found in the fascinating mini-museum of this old house.

And just for fun, on New Year’s Eve, ask your bartender if he knows how to make  a Malted Rusk.

Permanent link to this article: https://edwardwillett.com/2012/12/retro-sunday-ads-from-the-1930-childs-own-annual/