The Space-Time Continuum: “Dammit, Jim, I’m a storyteller, not a social worker!”

Not enough readers, not enough time: the end of my regular science column (for real, this time) 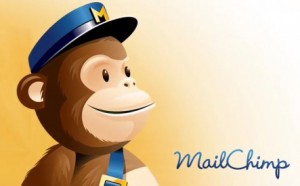 All right, this time it’s for real: I’m pulling the plug on my weekly science column (I haven’t written one for about a month anyway).

And it’s all MailChimp’s fault.

I currently have 457 subscribers to my science column. When I was sending out the column as just an ordinary email, I could justify spending the time on it fairly regularly because, after all, that was more than 400 people who were enjoying it and possibly also reading the writing news that sometimes accompanies it. Some of them might buy books. It made sense, I thought, as at least a minor marketing tool.

But thanks to MailChimp, I discover that, on average, only about 60 people who receive the column actually even open it: and I’m sorry, but spending three or four hours a week sending something out that only 60 people open simply is not worth it.

This isn’t the first time I’ve pulled the plug on the column, I know, and maybe something will change that will cause me to take it up again (like finding a paying home for it in a publication…anyone interested?), but really. Sixty people?

The column has had a good run. It began when I was communications officer for the Saskatchewan Science Centre, and originally I would tie it closely to exhibits at the Science Centre: it was a marketing tool for the then-fledgling establishment.

During that time, both the Regina Sun and a number of weekly newspapers took the column.

When I became a fulltime freelancer in 1993, I offered to continue the column on a freelance basis for those weekly newspapers. None of them were willing to pay for it (not even my old paper, the Weyburn Review, where I was a reporter and then news editor for most of the 1980s). The free-circulation Regina Sun, published by the Regina Leader-Post, continued to publish it, paying me the whopping amount of $15 a column.

However, I was also doing a weekly version of the column for CBC Radio’s Afternoon Edition, hosted by Colin Grewar, and that made it worthwhile. (For a couple of years in there I was also a regular science guest on What on Earth, a CBC TV program that aired nationally.)

The radio version of the column went away a few years ago, after a 17-year-run. But the column continued in the Regina Leader Post (where it had moved from the Sun) and the Red Deer Advocate. (For a while it also ran in the St. John’s Evening Telegram in Newfoundland.)

But then the Leader Post canned the column, because apparently cutting out the $25 a week they were paying me (for a 750-word column) was going to save CanWest, which then owned the paper, from bankruptcy. As I pointed out, the “killer app” in the Internet age for newspapers is local stuff, so dumping a popular column written locally seemed like an act of foolishness, but they did it anyway. (It was at the same time, not at all by coincidence, that I cancelled my digital subscription to the LP.)

The Red Deer Advocate was still running it on a somewhat irregular basis and paying me a pittance, so I kept it going. I had also built up a bit of an email subscriber list, to which the column went by email.

I stopped it once, then re-started it, the only effect being that I quit getting even the pittance from the Red Deer Advocate. At that point, I could only justify continue to write the column because it provided content for my website, and theoretically drove traffic there, and because, well, almost 500 people were reading it and that wasn’t bed.

Except now, thanks to MailChimp, I find that I’m lucky if 60 people even open the email.

And so that’s it: I’m pulling the plug on the regular science column.

I might still write something very much like a science column from time to time. I’ll keep the email list going as long as subscribers hang on and send out writing news occasionally. But I’m done even trying to maintain a regular schedule for the column (which has gotten increasingly irregular over the past while anyway).

My writing time is best spent on other things. Because, really. Sixty people?

I love each and every one of those sixty (assuming they’re the same people every time), but enough is enough.

Permanent link to this article: https://edwardwillett.com/2013/02/not-enough-readers-not-enough-time-the-end-of-my-regular-science-column-for-real-this-time/