Help me create science fiction and fantasy through Patreon!

The Space-Time Continuum: What do writers owe their readers? 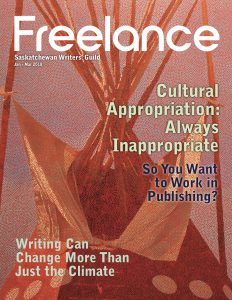 Here’s my latest column from Freelance, the magazine of the Saskatchewan Writers Guild.

The Winds of Winter, the sixth book in George R.R. Martin’s bestselling fantasy series A Song of Ice and Fire, still doesn’t have a release date, six years after the release of A Dance with Dragons. (And there’s a final book, A Dream of Spring, to come after The Winds of Winter.)

Readers of the series are understandably antsy. Some have been downright rude about it, prompting Neil Gaiman to famously tell a reader that “George R.R. Martin is not working for you.” (Well, he put it that way the second time he said it: his original formulation was…pithier.)

But it raises an interesting question. What does a writer owe to his or her readers?

I’ve thought about this quite a bit over the years. I once heard a playwright claim, in an interview, that she owed the audience nothing. That raised my hackles, and not just because I’d disliked the play. I think as an author I do owe my readers something.

Both theatre and writing are collaborative art forms. Even on Broadway, with its fantastic sets and multimillion-dollar budgets, audiences must invest a great deal of their own imaginations to make a show work. They must look at a few painted flats, some furniture, a projection on a backdrop, and a handful of actors in costumes, and from that conjure up within their minds a believable, fully fleshed world. I act as well as write. As an actor, my job is to perform my role so believably that audiences can make that imaginative leap, so that, to answer Shakespeare’s question in the prologue to Henry V, a theatre may indeed hold “the vasty fields of France.”

Now, as an actor I have the benefit of hearing the audience’s response as I perform. The response to my writing is delayed months from when I first type the words. Yet that collaboration with the audience still exists. A book without a reader is just a stack of paper or a computer file. Our words are just flecks of ink on dead trees or pixels on a screen until they enter the minds of our readers. That’s where they take form. Just as actors conjure up whole bloody battlefields with two guys in fiberglass armor with plastic swords, so we conjure up whole worlds in the minds of our readers with 26 characters arranged in various ways.

If readers sometimes react strongly to our story in ways we didn’t expect, pleading with us to write more in the worlds we’ve created, or taking us to task for the fates of characters or the course of our plots, we should neither be surprised nor alarmed. That’s the literary equivalent of spirited discussion in the bar down the street after a play ends. It means we have successfully collaborated with the audience to craft a story. They care deeply about what they have read because they, just like the writer, have put time and effort into making it come to life, and thus they feel it belongs to them as much as it does to its putative creator.

That’s not to say I believe I owe my readers–my audience–anything specific with regard to the content of my creation. Quite the opposite. I hope neither my plot nor my characters do what is expected. But I do owe my audience the best performance I can muster, a performance that kindles their own imaginations, allowing them to bring the story to life within their minds.

In short, I owe them a darn good read. I owe them the assurance that they are in the hands of someone who knows what he’s doing, someone who won’t afflict them with characters who act illogically, speak boringly, and have all the depth of onionskin paper, or make them suffer through plots warmed over from reruns of The Love Boat. I owe the readers the best book I am capable of writing. I am not shouting gibberish into an empty auditorium: I am speaking my lines clearly and distinctly before an audience of human beings.

As I write this very column, I’m speaking to you. You’ve given me your time, and I owe it to you to be as interesting and entertaining and thought-provoking as I can. That doesn’t mean you have to agree with what I’ve said. If you’re reading one of my novels, it doesn’t mean you have to approve of the way I kill off your favorite character in Chapter 12 (spoiler!). But at the very least, I hope you won’t feel that I’ve wasted your time, or that I’ve failed to engage your mind. The best writing and thinking I can muster: that’s what I owe my readers.

And so, this column ends. I bow, and exit stage right, and as the curtain closes behind me, hope you have found my short performance worthwhile…as I hope the readers of my novels find those much longer performances also worth the price of admission.

Permanent link to this article: https://edwardwillett.com/2018/01/the-space-time-continuum-what-do-writers-owe-their-readers/