The Iran-Iraq War (War and Conflict in the Middle East) 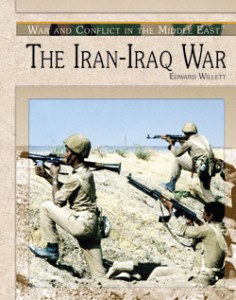 In 1979, the Ayatollah Khomeini of Iran called for a holy war against all Muslim nations not ruled by Islamic law. Iraqi dictator Saddam Hussein saw this as a threat and attacked Iran in 1980. The two countries fought for the next eight years, leaving countless dead and eventually facilitating a cease-fire that resulted in a military tie. This book examines important battles, international involvement, and the affect of Middle East oil on the world.

Permanent link to this article: https://edwardwillett.com/nonfiction/iran-iraq-war/