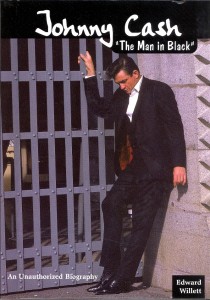 When country music legend Johnny Cash took the stage at Folsom State Prison in 1968, he solidified the public’s perception of him as a rebel who followed his own path. Born in Arkansas during the Great Depression, Cash endured poverty, the death of his older brother, and a difficult relationship with his father. He turned to gospel and country music to express the pain, and after many years of struggling, his songs of hardship and hope would finally reach the ears of those waiting for an artist who represented them, ordinary people fighting to survive.

Permanent link to this article: https://edwardwillett.com/nonfiction/johnny-cash-the-man-in-black-american-rebels/