Photo of the Day that was Actually Taken a Few Days Ago: Cat on a Warm Green Roof

Another good review for Marseguro…

Photo of the Day: Marseguro in hardcover! 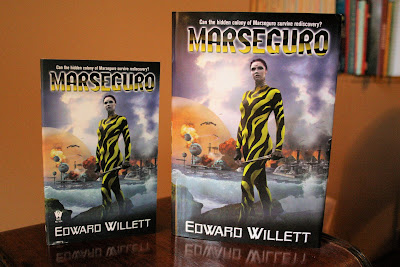 Look what came in the mail today: a copy of the Science Fiction Book Club edition of Marseguro. It looks great in hardcover. (Also, as you can see, much, much bigger…)
More photos here.

Permanent link to this article: https://edwardwillett.com/2008/06/photo-of-the-day-marseguro-in-hardcover-2/