Cave Beneath the Sea, Book 4 in The Shards of Excalibur, now available!

Christmas special: save $15 when you buy all four Shards of Excalibur books at once!

The Space-Time Continuum: The Aurora Awards 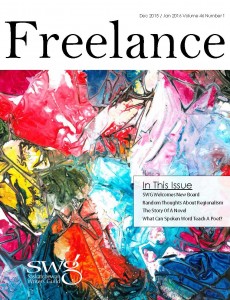 Literary awards are nice to get. They may or may not help book sales, and they may or may not come with a cash prize, but at the very least, they’re a form of validation for authors. (As Sally Fields put it when she won an Academy Award, “They like me, they really like me!”)

Canada’s most prestigious literary science fiction awards are the Auroras, presented annually by the non-profit Canadian Science Fiction and Fantasy Association (CSFFA), which also sponsors the French-language Prix Aurora Boréal. They were first given out in 1980 (when there was only one award; today there are 10) and first called the Aurora Awards in 1990. Any Canadian citizen or permanent resident can both nominate and vote for the Auroras—all you have to do is join the CSFFA.

The Auroras are presented at Canvention, held in conjunction with a different established science fiction convention each year, alternating between east and west.

I was thrilled to win an Aurora Award in Montreal (when Convention coincided with a rare Canadian-hosted World Science Fiction Convention) in 2009 for my science fiction novel Marseguro (DAW Books), and honoured to have been short-listed two other times, including this year, when Twist of the Blade, Book 2 in The Shards of Excalibur series (Coteau Books), was nominated for Best Young Adult Novel.

It didn’t win (alas!) on November 22 at SFContario 6in Toronto, but here’s what did win, in the professional categories, by way of an illustration of the “state of the art” in SF/fantasy writing in Canada.

Best English Novel went to A Play of Shadow by my fellow DAW author Julie E. Czernada (a recent guest at Word on the Street in Saskatoon). It’s a fantasy novel, whose synopsis gives you a taste of what to expect: “What would you risk for family?…Bannan Larmensu, the truthseer who won Jenn Nalynn’s heart, learns his brother-in-law was sent as a peace envoy to Channen, capitol of the mysterious domain of Mellynne, and has disappeared. When Bannan’s young nephews arrive in Marrowdell, he fears the worst, that his sister, the fiery Lila, has gone in search of her husband, leaving her sons in his care. The law forbids Bannan from leaving Marrowdell and travelling to Mellynne to help his sister…”

But of course he finds a way.

There was a tie for Best English Young Adult Novel between Lockstep by Karl Schroeder (Tor) and Out of This World by Charles de Lint (Razorbill Canada).

Lockstep is a science fiction novel: “When seventeen-year-old Toby McGonigal finds himself lost in space, separated from his family, he expects his next drift into cold sleep to be his last. After all, the planet he’s orbiting is frozen and sunless, and the cities are dead. But when Toby wakes again, he’s surprised to discover a thriving planet, a strange and prosperous galaxy, and something stranger still―that he’s been asleep for 14,000 years…”

Out of This World is Book 3 of The Wildlings: “At the end of Over My Head, Josh has propelled himself into the Otherworld where he believes his former girlfriend Elzie is in imminent danger…In this unpredictable world a side-step from our own, Josh discovers more about the awesome power he holds within, as he deals with hostility from certain animal clans and elders…”

Eric Choi won the Best Short Fiction award for “Crimson Sky,” published in the July/August issue of Analog magazine. The website SciFiGuy.ca, which reviewed all the short fiction nominees, describes it thus: “‘Crimson Sky’…set on a partially developed and colonized Mars in some not-too-distant future…lets us view the experience of Maggie, an EMT search and rescue helicopter pilot responding to an emergency from an adventurer in a downed lighter-than-air craft.”

The Best Poem/Song award went to Tony Pi for “A Hex, With Bees,” published in Wrestling With Gods: Tesseracts Eighteen (EDGE). Pi says that within the poem he “incorporated the meanings and structure of I Ching trigrams and hexagrams,” adding that, “The poem was inspired by two early memories of Taiwan, one of smoking out a beehive in my grand-uncle’s farm in the mountains, and one of my grandmother going for a reading in a temple.”

If nothing else, the Aurora Awards are proof positive that speculative fiction of all sorts is alive and well in Canada. And remember, you can both nominate and vote for the awards!

Permanent link to this article: https://edwardwillett.com/2015/12/the-space-time-continuum-the-aurora-awards/