And now a word about Magebane…

What’s in a name, continued 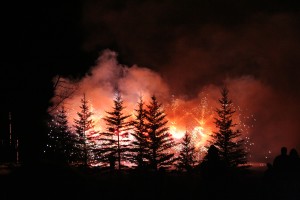 Well, the final bio for my alter ego, Lee Arthur Chane, is rather staid compared to the fanciful flights of fancy I could have indulged in.

In fact, it’s my own bio, just tweaked a little to emphasize the fact that Chane is going to be known (hopefully) as a fantasy writer:

Born in the mystical mountains of New Mexico, taken on an epic journey from there to the wide-open and oddly named land of Saskatchewan as a child, familiar with both blazing heat and bitter cold, Lee Arthur Chane might have been destined to be a fantasy writer. But in his personal quest to become one, he’s also studied journalism in Arkansas, become a newspaper reporter, photographer and editor, written exhibit copy for a science centre, penned a weekly science column, hosted a television show, and performed professionally as an actor and singer in plays, musicals and operas. Despite overthrowing kingdoms in his writing, he’s currently a loyal subject of Her Majesty Queen Elizabeth II, residing in Canada with his wife and his own personal pre-teen princess.

Nothing about Chane’s years as an undercover CIA agent dedicated to gathering secret information about the canola crop in Saskatchewan, his passion for fine perogies, his incredible skills with a ginsu knife, both in the kitchen and on the battlefield, and his shameful career as a K-Tel Commercial voice-over actor, I’m afraid. I came this close to saying he likes to raise marmosets in his spare time and is known for always carrying dental floss wherever he goes, but “yield not to temptation,” as the old hymn says; and in the end, I thought the truth would be a lot easier to keep straight.

If Chane ever writes an autobiography, though, all bets are off.

Permanent link to this article: https://edwardwillett.com/2011/01/whats-in-a-name-continued/