Once more into the breach

My latest column for Freelance, the magazine of the Saskatchewan Writers Guild. 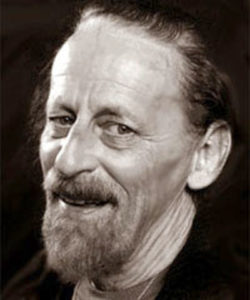 Ever heard of Sturgeon’s Law? It does not, as you might think at first glance, regulate the caviar industry in Russia; rather, it is a general description of the world around us. Formulated by the late science fiction writer Theodore Sturgeon, it is usually paraphrased as, “Of course 90 percent of science fiction is crap. Ninety percent of everything is crap!”

This poses a challenge to anyone who wishes to seek out the best of anything, whether movies, music…or science fiction. And if you’re just thinking of taking the plunge into the speculative fiction genres, the deluge of titles on display in bookstores, online or off, can be intimidating.

That’s where awards can be useful. Beyond making authors feel good when they win one (not that there’s anything wrong with that), they help bring worthwhile books to the attention of readers everywhere.

In science fiction and fantasy, as in literary, historical and other genres, there are a plethora of awards, but they are not all created equal: some are more respected and valued than others.

The granddaddy of all the science fiction awards, and the most coveted by writers, is the Hugo, presented continuously since 1955. It gets its name from Hugo Gernsback, considered the father of science fiction (although he called it “scientifiction”) because he founded the first magazine devoted to the genre, Amazing Stories, in 1926.  In movie-award terms, the Hugos are the People’s Choice Awards of the field: books are nominated for, and voted on, by members of the annual World Science Fiction Convention.

Categories include various short forms, dramatic presentation and fan writing, but the biggy is the award for best novel. The 2009 winner of the iconic rocket-ship trophy, presented in Montreal, was The Graveyard Book by Neil Gaiman, a YA fantasy about a boy raised by ghosts. Unusually, three of the five finalists were YA books: Little Brother by Canada’s own Cory Doctorow and Zoe’s Tale by John Scalzi were also on the list. Rounding out the finalists were Anathem by Neal Stephenson (which I thought should have won) and Saturn’s Children by Charles Stross.

In Melbourne, Australia, in 2010, two novels tied for the Best Novel Hugo: The City & The City by China Miéville and The Windup Girl by Paolo Bacigalupi. Two Canadian books were among the finalists: Wake by Robert J. Sawyer and Julian Comstock: A Story of 22nd-Century America by Robert Charles Wilson. Rounding out the nominees were Boneshaker by Cherie Priest and Palimpsest by Catherynne M. Valente.

(Note: the print version of this column elided the 2009 and 2010 Hugo results. I’ve corrected that here and will put a correction into my next print column in Freelance.)

The second-most prestigious awards are the Nebulas. To continue the movie analogy, they’re like the Academy Awards, nominated for and voted on by members of the Science Fiction and Fantasy Writers of America. Sometimes there’s quite a bit of overlap between Hugos and Nebulas, but not last year, when the Nebula for best novel went to The Windup Girl by Paolo Bacigalupi. Other nominees included The Love We Share Without Knowing by Christopher Barzak, Flesh and Fire by Laura Anne Gilman, The City & The City by China Miéville, Boneshaker by Cherie Priest, and Finch by Jeff VanderMeer.

One way to find good books is to look for those that appear on more than one award ballot, and the finalists for the World Fantasy Award, a juried award presented at the World Fantasy Convention every October, included a couple of Nebula nominees, one of which was the winner, The City & The City by China Miéville; the other was Jeff Vandermeer’s Finch. Other finalists were Blood of Ambrose by James Enge, The Red Tree by Caitlín R. Kiernan, and In Great Waters by Kit Whitfield.

But perhaps, as a patriotic Canadian, you are more interested in works by your fellow citizens. Well, Canada, too, has its science fiction and fantasy awards. The Sunburst Award is a juried award named after the 1964 novel by the late, great Canadian SF author Phyllis Gotlieb. I had the honor of serving on the Sunburst jury last year.

In the adult category, we chose Indigo Springs, by A.M. Dellamonica; in the young adult category, our choice was Half World, by Hiromi Goto. Other finalists in the adult category were The Mystery of Grace by Charles de Lint, Makers by Cory Doctorow, The Sunless Countries by Karl Schroeder and Julian Comstock by Robert Charles Wilson. The YA finalists included one name very familiar to Saskatchewan readers: Arthur Slade, for The Hunchback Assignments. Other finalists were Give Up the Ghost by Megan Crewe, Amy By Any Other Name by Maureen Garvie and Wondrous Strange by Lesley Livingston.

Finally, there are the Prix Aurora Awards. Any Canadian resident or citizen can nominate for them, and they’re voted on by members of CanVention, the Canadian national SF convention. Last year’s English-language best novel winner was Wake, by Robert J. Sawyer. The other finalists were The Amulet of Amon-Ra, a YA book by Leslie Carmichael; Druids by Barbara Galler-Smith and Josh Langston; Steel Whispers by Hayden Trenholm, and Terra Insegura, by some guy named Edward Willett.

If you’re looking for a place to start reading science fiction and fantasy, the award-nominees I’ve listed offer everything from young adult fantasy-adventure to psychological adult horror, from alternative history to far-future space opera to near-future technological prognostication.

With these books, at least, Sturgeon’s Law does not apply.

Permanent link to this article: https://edwardwillett.com/2011/02/the-space-time-continuum-sturgeons-law-doesnt-always-apply/