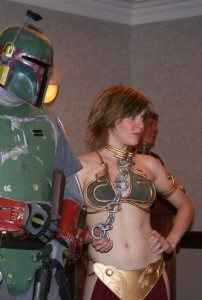 It’s summer, that time of year when belly buttons escape their natural habitat of swimming pools and beaches and wander free in the oddest places, from the library to the shopping mall (although unlike the grins of Cheshire cats, they rarely appear without their owners).

But as you survey these navel maneuvers, don’t think of them merely as evidence that humans are viviparous. Instead, marvel at the fact that every belly button you see, as well as all those which, thankfully, you don’t, are unique habitats, rather like zoos in miniature.

We know that thanks to the efforts of a group of biologists and science communicators from North Carolina State University and the North Carolina Museum of Natural Sciences, founders of the Belly Button Biodiversity project.

Project leader Jiri Huler told North Carolina’s News & Observer newspaper that researchers had already been identifying the creatures living inside the “belly buttons” of tiny beetles that live inside the bark of trees. “Because of this work, we had the technology to do it, so we sampled the buttons of everybody in our lab to make a holiday postcard.”

Well, never mind. The point is that belly buttons are fascinating places to look for microbial life: they are relatively protected, filled with minute crannies and, ahem, often go unwashed. And as they examined what they had sampled from their own belly buttons, the team members discovered that every belly button was different. Some were practically barren of life, others were full of it.

Intrigued, they began sampling the navels of volunteers at events such as the North Carolina Museum of Natural Sciences’ Darwin Day. Each volunteer swabbed his or her own belly button with a cotton swab, which was then placed in a fluid friendly to bacteria, taken back to the lab, and smeared on a Petri dish filled with a growth medium.

The samples grew fast: within two days, there would be large colonies with tens of thousands of cells.

Then the team set out to identify what grew. Although some bacteria can be visually identified, the team chose 96 samples to subject to genetic analysis. The results, released just a couple of weeks ago, revealed more than 1,400 bacterial strains. Some 662 of those could not be classified according to family, which strongly suggests they are new to science.

Yes, that’s right: your belly button not only boasts an enormous variety of life, it may contain strains of bacteria that exist nowhere else.

This means, of course, that your belly button should possibly be classified as an environmentally sensitive area and you should refrain from washing it at all costs.

OK, not really. But it does point out that our skin is teeming with life that we have little awareness of, and that, too, is part of the point of the Belly Button Biodiversity project. Very little is known about the human “microbiome,” and this is a first step toward changing that. The team likens it to the first Europeans landing in North America and being astonished by the range of wildlife. Their first step was simply to describe what they had found.

“Our bodies are a lot like the outside world,” Andrea Lucky, a collaborator on the project with a research background in tropical rainforests and ants told the News & Observer, “except that when there is a problem with a stream ecosystem, for example, we know what’s living there and how to diagnose it. What happens in a healthy skin ecosystem? We don’t know because we don’t know what’s living on there and what these living things are doing on there.”

It’s possible every person’s microbiome is unique. Huler hopes to eventually be able to identify differences due to age, sex, ethnic background and place of origin…and perhaps discover if these differences influence health later in life.

So don’t think of this summer’s parade of belly buttons as mere tummy dimples. Think of them as a kind of free-admission zoo, each a miniature habitat with its own unique denizens.

I would recommend, however, not examining them too closely. It’s just possible you would not be given the opportunity to explain that your interest is purely scientific.

Permanent link to this article: https://edwardwillett.com/2011/07/belly-button-biodiversity/