Saturday Special from the Vaults: The Minstrel

Saturday Special From the Vaults: Introduction to Jimi Hendrix: Kiss the Sky 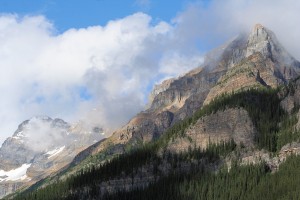 Our planet may look like a solid ball of rock, but if you could crack it like an egg (not actually something I’d recommend, although it would make for a fun scene in a science fiction novel or movie) you’d find it’s quite fluid inside.

And, in fact, the Earth’s solid shell, called the lithosphere, is cracked: broken up into numerous “tectonic plates” that scoot around on top of the more fluid layer beneath, called the asthenosphere.

This means Earth’s oceans and continents are constantly changing shape, and if that sounds just a little bit crazy even today, think how it sounded a century ago when meteorologist Alfred Wegener put forth his notion of “continental drift,” a theory he expanded in a 1915 book, The Origin of Continents and Oceans.

Wegener wasn’t the first person to posit something of the kind (after all, he was hardly the first to notice that South America and Africa look uncannily like two pieces of a jigsaw puzzle separated by a few thousand miles of ocean), but he put forward as solid an argument as could be managed at the time, pointing to the similarity of rock formations on the east coast of South America and the west coast of Africa, fossils shared by South America, Antarctica, India and Australia, and more.

But it took a slow accumulation of additional evidence over the next few decades to convince the bulk of the geological community of the fact of continental drift. One reason was that nobody could quite figure out how, exactly, pieces of crust could move around. Certainly Wegener’s concept of the continents as “icebergs” of low-density granite floating in a “sea” of denser basalt didn’t seem adequate to explain the phenomenon.

Eventually, though, the evidence became overwhelming, and plate tectonics, as it became known, took its rightful place as central to the proper understanding of earth’s geological history. (Though not, alas, in time for Wegener to see his “crazy” notion properly vindicated: he died in 1930.)

The wholesale shifting around of continents appears to have gotten underway about three billion years ago, and three times since then, all of the continents have mushed together into a single supercontinent. The most recent of these, called Pangaea, only broke apart about 250 million years ago, eventually creating the familiar shapes you memorized in geography.

In some places (“divergent boundaries”), the plates are pulling apart. Rock from the asthenosphere rises to the surface and becomes new lithosphere, mostly in the middle of the oceans, where this forms enormous rifts.

In other places (“convergent boundaries”) the plates are running into each other. In some places, this results in subduction, with one plate being forced under the other. In the ocean, this creates deep trenches. As one plate is driven deeper into the Earth, it heats up and fluids within it melt the surrounding rock, creating magma that feeds volcanoes like those of the famous Ring of Fire that surrounds the Pacific Plate. When two continents run into each other, mountains—for example, the Himalayas—are forced up.

In some regions (“transform boundaries”), plates aren’t running into each other or pulling apart from each other: they’re just rubbing each other the wrong way. The best-known example is the San Andreas Fault. As the plates grind together they generate earthquakes.

Which means you shouldn’t get too attached to that map of the world you memorized. In 250 million years, after all, schoolchildren (or, at least, schoolthings) living on the new supercontinent Pangaea Ultima may well look back at our era and laugh at the strange shapes of our fragmented world.

(The image: The aftermath of colliding plates, a.k.a. the Canadian Rockies.)

Permanent link to this article: https://edwardwillett.com/2012/03/plate-tectonics/