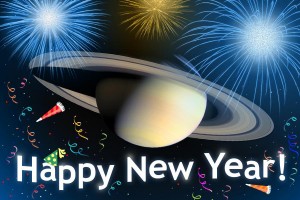 It’s almost 2013, which means it’s time to take down your old Harry Potter calendar and put up your new one (if you’re my 11-year-old daughter).

Okay, so maybe you have a Teddy Bears calendar instead, or a Glee calendar. The point is, for us, a calendar is a much an aesthetic and/or advertising medium as it is a way to see what day of the week it is. But in reality, every calendar is the amazing product of thousands of years of history.

A calendar is a system of marking off days, weeks, months and years. It allows us to clearly designate a day for something to happen. Without the calendar, modern society would be utterly chaotic. (Even more so, I mean.)

Then there’s the week, a seven-day period that doesn’t correspond to any cycle in nature but reflects the Judeo-Christian story of the creation of the world in seven days.

The very first calendars were purely lunar: a new month began whenever religious authorities saw a crescent moon. Month flowed smoothly to month, but 12 lunar months is only 354.36 days, almost 11 days shorter than a year. Dates in a lunar calendar, therefore, rapidly move backward through the seasons (as they still do in the Islamic calendar), so that a date in spring ends up in winter in a very few years. This made it difficult to know when to plant crops or to hold seasonal religious celebrations.

Early societies corrected their lunar calendars by throwing in an extra month or days as necessary. There were literally hundreds of variations of these “lunar-solar” calendars; the Jewish calendar, still in use, is one of these.

The Roman Empire originally used a lunar-solar calendar, but it ended up in a hopeless mess because the people charged with keeping the calendar started fiddling with it to lengthen their terms of office or hasten or delay elections. (Calendars change; politicians do not.)

Julius Caesar, in consultation with the Greek astronomer Sosigenes, put an end to the confusion with the “Julian” calendar, which ignores the phases of the moon and instead divides the solar year into 12 months of slightly varying lengths, ensuring the year has 365 days. The year 46 BC was given 445 days to get the new calendar off on the right foot.

Every fourth year, an extra day was added at the end of February to compensate for the fact that the year is actually just a little longer than 365 days. But every 385 years, the Julian calendar created three leap years too many. Eventually it drifted so badly out of phase that religious festivals again started to slip into the wrong seasons.

This concerned Pope Gregory XIII. Like Caesar, he went to an astronomer, Christopher Clavius, for a solution. The Gregorian calendar fixes the Julian calendar by making years ending in 00 leap years only when they are divisible by 400: 1900 was not a leap year, but 2000 was. The new calendar was installed in 1582 in Catholic countries. The 11-day error that had accumulated was eliminated by decreeing that the day following Wednesday, October 4, 1582 (Julian) was Thursday, October 15, 1582 (Gregorian).

The Gregorian calendar eventually became the standard throughout the West and in parts of Asia.  There have been efforts to reform it, but all proposals run up against the obstinate fact that the year is not an exact number of days long. There must always be adjustments:  leap days, leap years, leap months. So don’t look for anything new in the way of calendars soon.

And now we enter 2013, which is notable for one thing, at least: at last we can start using nicknames for decades again.

Welcome to the Teens!

Permanent link to this article: https://edwardwillett.com/2012/12/the-science-of-calendars/