How to write YA fantasy: more story, less pretentiousness

Read the first two chapters of Flames of Nevyana…also, it has a map!

The Space-Time Continuum: Women of Futures Past 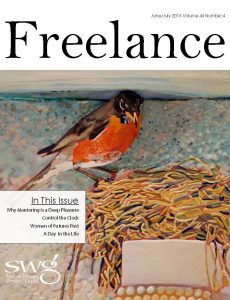 My latest column for the Saskatchewan Writers Guild’s newsletter, Freelance.

Whenever I lead a workshop about writing science fiction, I say it’s important to read widely and deeply in the field: that science fiction is like a long ongoing argumentative conversation, and jumping into it without being aware of what has already been said will irritate people at best and derail the conversation at worst.

Admittedly, it’s far harder to be keep up with the field now than when I was a kid. Back then, a dedicated fan could reasonably hope to read everything of note published every year. Today, there is far more science fiction and fantasy around, and the audience for it has fragmented. People are fans less of the field in general and more fans of specific books (or, more likely, movies or TV shows). They discover they like this kind of stuff stuff without knowing much about its history.

This may have contributed to the bizarre notion, expressed by the kind of people who Twitter and Tumblr about this kind of thing, that until they and their like-minded friends came along and began writing and talking about science fiction, science fiction was a bastion of maleness from which women were excluded from contributing.

A valuable corrective to this ahistorical perspective is coming out this September from well-known editor and writer Kristine Kathryn Rusch. Women of Futures Past, published by Baen Books, will showcase some of the amazing science fiction stories women have written throughout the multi-decade history of the genre.

Rusch set up a website, “Women in Science Fiction: An Exploration” (www.womeninsciencefiction.com), to chronicle the project, and in her first post wrote, “I’ve been told repeatedly by young female writers in the SF genre that women never did anything in SF until the year 2000 or so. Our history is being lost and, as someone with a B.A. in History, I find that offensive in the extreme.”

Women of Futures Past is a first step to reaffirming the historical role of women in science fiction. Rusch writes, “I want to compile a volume of excellent science fiction stories by women, including some classics, that could have been published today. I don’t want this volume to look like something you have to read in a college literature class. I want it to be something you’ll grab off the shelf immediately, thinking you’re in for some marvelous reading—and I want that impression to be right. I want stories impossible to put down, stories with heart. They don’t have to be ‘by women about women’…I want these stories to be by women, yes, but about anything. And I want them to be riproaring good reads.’

The list of writers mentioned on the website includes many names I remember from my own early reading. Andre Norton, for example, whose first science fiction novel, Star Man’s Son, was published in 1952, was a huge influence on me. I read everything I could find by her, and yes, I always knew she was a woman (Alice Mary Norton): “Andre” was a sop to publishers who felt boys wouldn’t read stories written by a woman. (Let me just say, as one of those boys publishers thought wouldn’t read stories by women, that in fact it never crossed my to care whether a writer was male or female, or for that matter what their race or ethnic or religious background might be: all I cared about was whether or not they wrote a good story.)

Others: Leigh Brackett, “The Queen of Space Opera”…Zenna Henderson, whose stories of the gentle aliens known as The People I read and re-read…Alice Sheldon (who wrote as James Tiptree, Jr.)…Madeleine L’Engle (A Wrinkle in Time)…Ursula K. Le Guin, of course…Octavia Butler…Anne McCaffrey (The Dragonriders of Pern)…the list goes on and on.

And those are just the women writers: of editors and publishers there were (and are) many more. Toni Weisskopf, editor of Baen Books, makes note of this in an essay on the “Women in Science Fiction’ website entitled, “Women and Science Fiction—So What Am I, Chopped Liver?”

When she came into the field in the 1980s, she notes, there were many women “in positions of power,” and she lists a few: Judy-Lynn Del Rey, Betsy Mitchell, Shawna McCarthy, Beth Meacham, Susan Allison, Ellen Datlow, Betty Ballantine, Ellen Asher. (She doesn’t mention, but could have, Betsy Wollheim and Sheila Gilbert, who have owned DAW Books, my publishers, for more than 30 years.) She adds, “So I never experienced this mythical time of science fiction being an old boys club, with the Man oppressing women, keeping us down. What do these people imagine all the women in field before them did?”

I look forward to reading Women of Futures Past when it comes out, as a reminder to myself, and I hope to a good many other people, that science fiction is not now, and never has been, “an old boys club”…

…although, as an old boy myself, I’m glad there’s still room in it for us, too.

Permanent link to this article: https://edwardwillett.com/2016/06/the-space-time-continuum-women-of-futures-past/