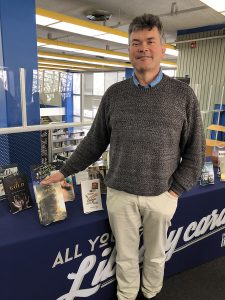 I’m pleased to announce that my science fiction novel The Cityborn (DAW Books) is a finalist for the $2,000 City of Regina Book Award in this year’s Saskatchewan Book Awards (you can find the complete list of nominees at the link.) The shortlist was announced at the Regina Public Library (and concurrently in Saskatoon) on February 16.

I’ve been nominated for the Regina Book Awards three times previously, for Spirit Singer (which won in 2002), Magebane, and Masks.

Others nominated in the City of Regina Book Award category are:

The awards ceremony is Saturday, April 28.

Permanent link to this article: https://edwardwillett.com/2018/02/the-cityborn-shortlisted-for-saskatchewan-book-award/