I haven’t posted about the Great Saskatchewan Meteorite…

We were moved to Reading and our course at Reading was plotting the ground for the Artillery.

They had a field laid out in sections of the whole alphabet, wired with lights.

We Cadets would go up to a tower, sitting in Aeroplane Fuselages and Morse code the letters when we saw the light to the ground examiner.

Clayton and I had a perfect score, the highest in the Flight, and the O.C. and the R.S.M. were very pleased with us.

When we were through with our training at Reading, we left for the Isle of Sheppe which is an Island in the Thames Estuary, for training in machine gunning and types of fuses attached to bombs.

When our Cadet Squadron left the Isle of Sheppe, we went to Hythe in Kent to finish off our training. 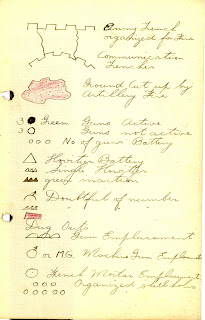 The Air Force first moved us into the Hythe Hotel, and our training consisted of complete map reading including topography; also, faults to be encountered with the Lewis Machine Gun.

We were then moved to the Hythe Airdrome for flying to find out if we could take it.

There was a grating where the Observer stood or sat, so if you were sick the mess would drop into the air.

The saying was “Who put the Marmalade on the Fuselage?”

When my turn came, I climbed in and got on my seat. The pilot looked at me, I said go to it. He started and I looked down through the grating and the earth seemed to be running into us instead of us going over the ground.

The training Pilots took no sympathy on you. Once you were in the air you got the works; doing their best to make you sick or call stop.

They did Loop the Loop which made you think the earth was coming up to meet you. Doing somersaults, upside down flying, Side Slipping and the Immelmann, which you wonder which way you were going.

My Flying Coat seemed to be around my ears, but I had it belted to my legs and I didn’t fall out. It became a famous coat.

The Pilot looked around at me to see if I had turned Green, and I said how about going through it again. Those maneuvers were wonderful.

“You have been in France, so you know how to keep your mouth shut. I am going to land in a field and have a smoke.”

He had a smoke, and we had a good chat. He gave me a lot of tips if I was picked as a fighter in a two-seater Aeroplane.

I spun the Propellor, got in, then we were in the Air, and soon landed. When I got out he shook my hand and he said, “You’re O.K.” 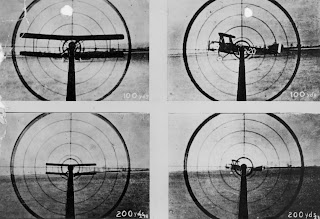 We then went to New Romley, which was along the Kent coast, for our final training which was flying and shooting with Camera Guns.

I passed again O.K., shot all my opponents and got O.K. again.

We lined up on the Flying Field, 200 (approximate) Cadets.

The Commanding Officer (C.O.) gave us a talk and told us our marks from all our courses as they were tabulated, and our rank would be read out.

He started and the first name called out was Cadet Goodfellow, number one (1) in the class, and I wondered what was going to happen to me, was I going to be kept in England as an instructor.

He then called out nine more names.

“You ten (10) Cadets will not be commissioned, but will become Flying Cadets, and now be trained as Night Navigators. You will remove the white ribbon from your hat and wear a full Sam Brown Belt. 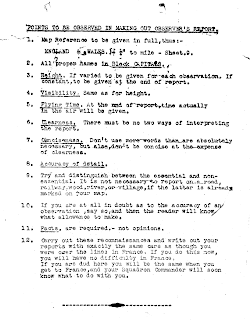 “You will leave immediatly for Stonehenge to begin training.”

He then read out the names of the 2nd Lieutenants, Sergeants, and Corporals, and then gave us our flying single Observer’s Wing.

The Flying Cadets and 2nd Lieutenants were given the sum of Fifty Pounds (50) and before I left New Romney, I purchased the new R.A.F. Uniform.

This uniform is now in the Ottawa C.R.A.F. Museum.

It was Khaki in colour. Soon after they changed the colour to French Blue.

Permanent link to this article: https://edwardwillett.com/2008/11/the-first-world-war-memoirs-of-sampson-j-goodfellow-part-17-first-flight-and-commissioning/