The epidemiology of happiness 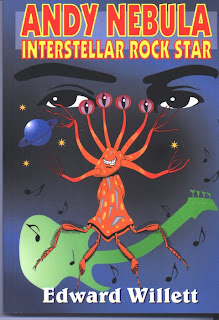 My 1999 YA science fiction novel Andy Nebula: Interstellar Rock Star (which you can read online, or download, in its entirety) postulated a future in which company called Sensation Singles uses a computer to identify the next “big thing” on the interstellar music scene, plucks a person matching that description from musical obscurity, and raises them up to interstellar stardom.

Well, look what just popped up in my RSS feed from EurekAlert:

Spotting the next great music superstar

For every rock star who hits it big, there are thousands of artists who never make it out of their own back yards. Before Madonna was “Madonna,” she was a local success in New York clubs. Until Britney Spears became a global pop superstar, she performed in dance revues in her native Louisiana.

But how can you tell who will make it onto the Billboard charts and who will never get beyond the local bar circuit? Professor Yuval Shavitt, of Tel Aviv University’s School of Electrical Engineering, has developed software that can accurately predict the next big music phenomenon. His software could become a profitable tool for music producers and record labels ― and a boon to young people who want to be in the know.

Apparently I was more of a prognosticator than I knew!

Permanent link to this article: https://edwardwillett.com/2008/12/a-first-step-toward-the-future-of-andy-nebula/