What I’ve Just Read: Ill Met in the Arena

A few days passed while I was getting the hang of their system, which was terrible.

A Pad of letters would come about a certain thing and if you did not know anything about it you got rid of it quick and sent it to someone else with a note attached and told the Officer you sent it to, “For Your Attention, Sir,” and sign same. He did likewise.

One day Captain Dry came to the Office in tears and I said, “What happened?”(Of course I knew.)

He said, “I have just received my discharge papers from the O.C. and they came from H.Q. London. I am in a terrible mess.

“I have just bought a Motor Car, Rolls Royce, on part payment, engaged to the Doctor’s daughter–we were to be married in a month–and I have no training to get a job in civilian life to keep her in the style she has been used to.”

I asked him what he worked at before he joined the Air Force and he told me he had a menial job working in a Sporting Goods Shop repairing bicycles and no education to fit him for an advanced position. I asked him how he ever got into the Flying Corps, as we Canadians had to have a certain standard.

He bluffed them and now he had to pay the price.

I told him the only thing he could do was to see the Doctor, the girl’s father, and tell him what had happened in detail, and then see the Doctor’s daughter.

He must have taken my advice for he disappeared and I never saw him again.

I then became the Officer in Charge. There had been a lot of stealing going on, as well as Pilots taking Aeroplanes without consent of the O.C.

I called a meeting of all my N.C.O. and Office Staff and then laid down the rules.

I put the Regimental Sergeant-Major over all the N.C.O. jobs that I allotted. I gave each Sergeant and Corporal a certain job and told them I didn’t want any Damn excuse: no Aeroplane of our squadron was to go off the ground without my consent.

The Sergeant who I had placed in charge of Planes was to take some of his men and take every watch out of the plane and bring them to me. I locked them up and kept the key. 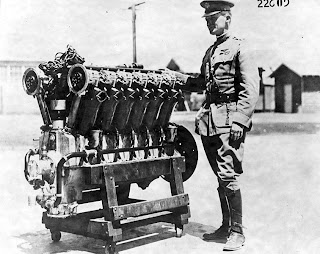 Stocks were taken and we had a meeting every morning to see if the system was working satisfactory. It was. I saw the O.C, and told him that I would not let one of our planes leave without him giving his O.K.

That pleased him because he had been in hot water about wreckage.

One day an Officer came to our Office with an O.K. from the O.C. to have a plane and he informed me that there was no watch in the plane and he wanted one.

He put out his arm and showed me his watch.

I said, “Who is stopping you? Good-bye.”

I didn’t hear any more and no one asked for a watch again.

They were disbanding one of the Squadrons and the O.C. of this Squadron sent a Corporal down to see me to get a clearance for his planes and worksh
op, etc.

I told him the same thing; that I would not sign the letter.

He got quite hostile and what he wouldn’t do to me for disobeying a senior officer.

All at once he got hold of himself, and in a nice manner asked me why I would not sign his release.

I told him in a nice manner that I did not have the authority to sign any releases.

He said, “You are in charge and you must have signed when you took over,” and I said, “No.”

He said, “You mean to say they gave you this job without signing?” and I said, “Yes.”

I told him to go and see the head O.C. and I never saw him again.

One day I wanted some information from my shop Corporal and I went to the shop. I asked the men at the door where he was. I got an answer that didn’t please me so I walked down the shop and the men did everything but trip me. I finally got to where he was and there he was shaving himself on Army Time.

He saw my reflection in his mirror and turned flabbergasted with his face covered with soap and saluted me. I asked him what I wanted to know, saluted and said, “Carry On,” and left.

I never let on I saw him shaving for if I did I would have had to report him.

From that day, I had all the loyalty of the men. The Canadian was O.K.

I had no trouble during my period of operating the mechanical and Office part of my new job, but one day we missed an aeroplane as one had been taken without permission.

Before the day was out we were informed it had come down at an Aerodrome near Cambridge, out of gasoline. We dispatched an aeroplane the next day along with two Officers to have the plane returned as well as the Officer who had taken the plane.

On to the final installment…

Permanent link to this article: https://edwardwillett.com/2008/12/the-first-world-war-memoirs-of-sampson-j-goodfellow-part-36-officer-in-charge/