It’s my birthday, and I’ll blog if I want to 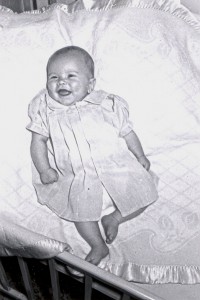 Yes, today marks the completion of 1/20th of my first millennium. Or half a century. Personally I prefer the first formulation.

And, yes, today is also the 40th anniversary of the Apollo 11 moon landing. My tenth birthday present, and what a terrific present it was. I remember watching the coverage on our little black and white TV in Weyburn, Saskatchewan. I also remember getting quite bored with it shortly after the excitement of the first step onto the moon, since you have to admit the dialogue of the ensuing traipsing-around-the-landing-site-setting-up-equipment-and-gathering-rocks scene was less than sparkling. And did I mention I was 10?

Nevertheless, it was an amazing thing to witness and an amazing time to be a kid. And if you had told me, when I watched the Apollo 17 mission a few years later, with its spectacular night lift-off, that I might never again see a mission to the moon, I would have said you were nuts.

I still have hope. But a good chunk of my second half-century may slip by before it happens.

Anyway, a birthday blog post deserves a baby picture, don’t you think? And there I am in all my cuteness.

Of course, cuteness-wise, it was all downhill from there.

Permanent link to this article: https://edwardwillett.com/2009/07/its-my-birthday-and-ill-blog-if-i-want-to/