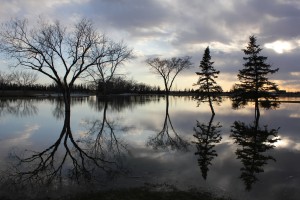 In his famous Foundation series (published six decades ago now), science fiction writer Isaac Asimov postulated a fictional branch of mathematics, discovered by scientist Hari Seldon, known as “psychohistory,” which could predict the future. Psychohistory was based on the principle that the behavior of a mass of people is predictable if the quantity of the mass is very large.

Psychohistory came to mind when I read a recent article by Robert Lee Holtz in the Wall Street Journal outlining the research being conducted using the vast amounts of data collected by mobile phones.

According to Holtz, scientists are finding that, using the data collected through these ubiquitous communications devices (now in use by, incredibly, almost three-quarters of the world’s population), they can make amazingly accurate predictions about human behavior.

They can pinpoint “influencers”( people who are most likely to make others change their minds), predict where people will be in the future, detect subtle symptoms of mental illness, forecast movements in the Dow Jones Industrial Average, and even chart the spread of political ideas.

What makes this all possible, as Holtz points out, is that the locations of mobile phones are routinely tracked by phone companies (necessarily, since they must be connected to the nearest cell tower). As well, for billing purposes, the timing and duration of calls have to be logged, along with the user’s billing address.

Phones log calling data, messaging activity and online activities. Many are equipped with sensors to record movements, a compass, a gyroscope and an accelerometer. They can even take photos and videos.

A modern cellphone is, in other words, an enormously powerful data collection device. Holtz quotes Dr. Alex Pentland at the Massachusetts Institute of Technology as saying that phones allow researchers to get a “god’s-eye view of human behavior.”

Dr. Pentland has spent most of the last two years tracking 60 families living in campus quarters. By combining data from their smartphones with additional reports the participants file, he has recorded their movements, relationships, moods, health, calling habits and spending.

This follows up on a previous study during the final three months of the 2008 presidential election that tracked face-to-face encounters among 78 students. That study revealed that a third of the students changed their political opinions, and those changes were related to their face-to-face contact with project participants with different views, rather than encounters with their friends or exposure to traditional campaign advertising.

The new work is providing even more information about what Pentland calls “the molecules of behavior.” He says that “just by watching where you spend time, I can say a lot about the music you like, the car you drive, your financial risk, your risk for diabetes. If you add financial data, you get an even greater insight.”

Other researchers are using amounts of cellphone data so vast that they see humans as “little particles that move in space and occasionally communicate with each other,” as physicist Albert-Laszlo Barabasi of Northeastern University in Boston puts it. He led an experiment which studied the travel routines of 100,000 European mobile-phone users, and found that people’s movements follow a mathematical pattern: with enough information about past movements, the scientists could forecast an individual’s future whereabouts with 93.6 percent accuracy.

The amount of data available to be crunched is incredible. Nathan Eagle, a research fellow at the Santa Fe Institute in New Mexico, works with 200 mobile-phone companies in 80 countries. One of his research data sets encompasses half a billion people in Latin America, Africa and Europe. (Among his findings: slums can be a catalyst for a city’s economic vitality, serving as “economic springboards” as entrepreneurs seek a way out of them.)

Going forward, researchers hope to use information gathered from mobile phones to improve public health, urban planning and marketing…and to continue to explore the basic rules of how humans interact with each other.

Which, Holtz points out, brings us back to the issue of privacy.

“We have always thought of individuals as being unpredictable,” he quotes Johan Bollen, an expert in complex networks at Indiana University, as saying. “These regularities [in behavior] allow systems to learn much more about us as individuals than we would care for.”

Permanent link to this article: https://edwardwillett.com/2011/05/the-foundation-of-psychohistory/