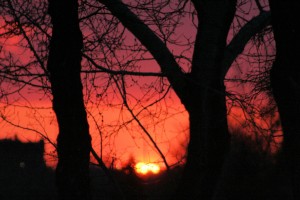 We’re all familiar with it. You’re having an absolute terrific dream, enjoying every minute of it. Then the alarm goes off. For an instant the sound become part of your dream…then you’re awake. You try to hold on to the dream, because it was really fabulous and funny and you want to tell your spouse about it…

…but it’s already fading. By the time you get to the shower, all that remains is a faint sense of how the dream made you feel…and regret that you can’t remember it.

Now Italian researchers think they’ve figured out why we remember some dreams, but not others. But first, a little refresher on dreams and what we know about them.

Dreams, of course, have fascinated people for millennia. Most of us don’t believe they portend the future any more, but you’ll still find plenty of people who think you can interpret your dreams for fun and profit.

The function of dreams still isn’t universally agreed upon. Some scientists think they must have a survival function (why else would we have evolved them?), while others think they’re an unimportant byproduct of the way our brains work.

We do have some solid data. Research has told us three-quarters of our dreams are in colour and two-thirds include sound, but only about one percent include touch, taste or smell.

Women’s dreams are typically more emotional and have fewer people in them, though they tend to include more social interaction and more clothes: men tend to dream about money, weapons and nudity.

Dreaming takes place during REM (rapid eye movement) sleep, which lasts from 10 minutes to half an hour, four to six times a night. During REM sleep your previously comatose brain suddenly erupts with activity. Your eyes move rapidly under your closed eyelids, and your heart rate, breathing rate and blood pressure go up. (Fortunately, your body remains effectively paralyzed.)

A study a few years ago showed that during REM sleep the frontal lobes, which integrate information, help us interpret the outside world, and contain working memory, are shut down—while much of the rest of the brain is highly active. That could explain why our dreams are so vivid and gripping, even though they don’t make a lick of sense. With our frontal lobes out of the picture, dreams are being driven by emotion, not logic. And without working memory, the dreaming brain forgets what just happened in the dream—which is why you can step out of your kitchen onto the top of the Empire State Building, while your companions morph from friends to large shaggy dogs.

We dream about 90 minutes every night, but we usually only remember a dream every four or five days.

Now Luigi De Gennaro at the University of Rome and his team have discovered what’s going on in our brains when we remember our dreams.

The researchers monitored 65 students with an electroencephalogram (EEG) while they slept. Thirty had been identified as people who habitually wake up while in REM sleep, and 35 were people who usually wake up in Stage 2 non-REM sleep. About two-thirds of both groups recalled dreams during the study.

The researchers found that those who woke during REM sleep and successfully recalled their dreams were more likely to demonstrate a pattern of theta waves in their frontal and prefrontal cortexes, where advanced thinking occurs. The patterns and the part of the brain involved were the same as those important for awake subjects recalling memories.

Those who woke up in non-REM sleep had patterns of alpha wave activity in the right temporal lobe, the area of the brain involved in recognizing emotional events. Again, this was similar to activity known to be key for memory recall when awake.

The researchers interpret this to mean that even when we’re asleep, our brain is alert for things that are important enough to remember, often things that are emotionally charged.

Proof enough, I say, that dreams have survival value. Because the next time I open the front door of my house to discover a giant squid devouring my television while a poodle in a smoking jacket sits in my armchair and laughs, at least I won’t be taken completely by surprise.

If that doesn’t have survival value, I don’t know what does.

Permanent link to this article: https://edwardwillett.com/2011/05/remembering-our-dreams/