Alcohol on the brain

Of mice and man-flu 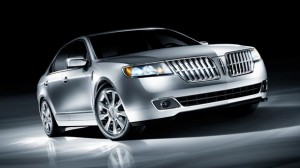 As regular readers of this blog will by now realize, Ford keeps letting me drive their vehicles in exchange for writing about them. Which is a sweet deal, you have to admit. Even if the vehicles aren’t always to my taste (hello, giant red F150 pickup!), I enjoy driving them.

Recently, though, the driving-Fords gig took a slightly different twist: I was invited to take part in a Green Driving Challenge. I and four others from Regina spent a couple of days each with a Lincoln MKZ Hybrid. The goal was to get the best gas mileage (er, kilometrage?) you could manage. The drive with the best results would win a fabulous prize.

Not having driven a hybrid before, I was a bit unprepared for their unusual (compared to ordinary cars) behavior.

To begin with, there’s the fact that when you turn the ignition key, the engine doesn’t start. The dash lights up (does it ever), but nothing else seems to happen: if you don’t remember you’re in a hybrid, your first thought is that you have the car in gear instead of in Park. But in fact, the car has started: it’s just that it begins running on its batteries, and doesn’t get that nasty old gasoline engine involved until you pull away from the curb.

Similarly, the engine shuts down whenever you come to a stop at an intersection, also a bit disconcerting, especially if, like me, you once owned a car that used to do the same thing back in the days when that was definitely a bug and not a feature, since it had no electric motor to get you moving again. 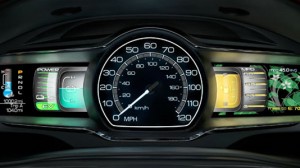 At first I drove the car rather normally. This produced alarming results on the instant gas-usage meter on the right side of the display, right next to the cute little cartoon of growing leaves (see, the more “green” you’re driving, the more leaves appear: as I said, cute, but just a little, um, cartoonish; I could do without it, myself, despite being fully in touch with my inner child). I soon realized that you could use that gas-usage meter to keep your numbers low, but I think I realized it too late: although I managed a 6.7 l/100k final result, the winner of the challenge outdid me by about a litre/100k. In the end, I tied for second.

The trick to being uber-efficient? Not getting in a hurry, and letting the electrics do as much of the work as possible getting the car up to speed. Indeed, the only way I got down to 6.7 l/100k was to take a Zen approach to driving: step lightly on the accelerator, and then meditate while slowly easing up to the Nirvana of the speed limit. It’s a relaxing way to drive on non-busy streets, but not very practical on a busy city street with people breathing down your tailpipe.

Still, there’s no question it’s a low-mileage vehicle, and beyond that, a very pleasant car to drive and to ride in. And however I may feel about the cartoon leaves, they do make you think about how you’re driving…which can’t help but make you a little bit greener.

After all, even if you’re not formally involved in a green driving challenge, driving green is its own reward.

(Oh, sorry about the copied-from-the-Web images: I was so busy driving green I forgot to take any photos of the car while I had it.)

Permanent link to this article: https://edwardwillett.com/2011/10/driving-green-for-fun-and-prizes/