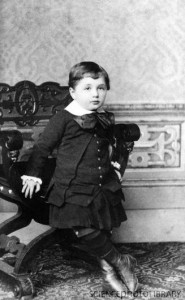 The great Albert Einstein once famously said that “a person who has not made his great contribution to science before the age of thirty will never do so.”

Normally, I’d be the last to argue with Einstein: but just this once, I’m glad to say, it appears he was wrong.

To be fair, his statement probably wasn’t wrong when he made it, at the height of the revolution in physics known as quantum mechanics. Nevertheless,  a new analysis of the ages of Nobel Laureates when they performed their prize-winning work has revealed that these days, great discoveries are being made by ever-older scientists.

The analysis, conducted by Bruce Weinberg of Ohio State University and Benjamin Jones of Northwestern University, was published this month in the Proceedings of the National Academy of Sciences.

Their overall results? Before 1905, about two-thirds of the winners in all three fields did their prize-winning work before they were age 40. A full 20 percent did it before age 30!

But by the turn of the millennium, almost none of the winners in physics made their great achievements before age 30, and only 19 percent before age 40. In chemistry, it never occurred.

Today, the researchers say, the average age at which physicists do their Nobel Prize-winning work is 48.

The aging was apparent in all three fields, although it was especially noticeable in physics because the proportion of physicists who did their prize-winning work by age 30 peaked in 1923 at 31 percent. Those who did their best work by age 40 peaked at 78 percent in 1934. Since then, though, prize-winning contributions by young scientists have steadily declined.

(In chemistry, young achievement declined through the 20th century, too, but more consistently from the beginning to the end. Medicine showed a decline in achievement before age30, but no other substantial trends.)

Those are just statistics, of course. The interesting question is, “Why?”

The researchers, being researchers, have some theories. Remember quantum mechanics, the breakthrough in physics I mentioned earlier? That was a revolution in thought that rendered old ways of thinking about physics largely obsolete. Young physicists may have excelled at physics at the time because they weren’t blinkered and bound by older theories and knowledge.

This possibility is supported by another analysis the researchers did, of the age of studies referenced in important scientific papers in the three fields. They found that in the early 20th century—again, when quantum mechanics was in the ascendency—physics papers mostly referenced recent works: meaning that the accumulated knowledge and experience of older scientists wasn’t providing them with any advantage when it came to figuring out the new stuff.

These days, physicists are more likely to cite much older studies…which means older physicists’ depth of knowledge about their field is more benefit to them, since they’re more likely to be aware of older work than younger scientists are.

Another reason for the advancement in the age of achievement may have been that in the early part of the 20tch century, scientists finished their training at a younger age. The researchers found that the majority of Nobel Laureates in the early 20th century received their doctorates by age 25. By the end of the century, almost no scientists achieved that level of education at such a young age.

So: is this good news for science, or bad news?

The researchers take the view that it’s good news. The research workforce is aging considerably, but this study suggests that, since there’s nothing magical about being young when it comes to doing good science, great breakthroughs could still be in the offing even from scientists who are long in the tooth and short in the hair.

I think it’s good news, too. Einstein’s quote has weighed heavily on my mind for years, ever since I soared past 30. “I will never make a great scientific breakthrough!” I lamented.

But now I learn that mere age is no impediment to scientific greatness; and that means I don’t have to cross “Win a Nobel Prize” off my “Bucket List” just yet.

Although I suppose going back to university for a science degree would help…?

Maybe.  But no need to make a snap decision.

After all, there’s obviously plenty of time.

(The photo: Albert Einstein as a young boy.)

Permanent link to this article: https://edwardwillett.com/2011/11/take-that-whippersnapper/