The doorway to forgetfulness 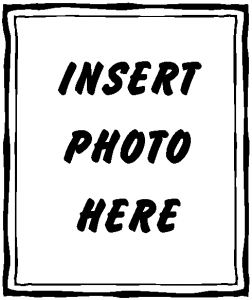 It’s been a staple gag of TV sitcoms for years: an older character walks into a room and says, “Now, what did I come in here for?”

But gags like that are funny because they have a grain of truth in them, and increasingly, I’m finding that grain of truth sticking in my own aging gullet.

Of course, when an oyster finds an irritant in its gullet, it turns that oyster into a pearl. My equivalent is turning it into a science column. (Albeit obviously not one focusing on the biology of the oysters, since even if they have gullets, I’m pretty sure that’s not where they make pearls.)

As it turns out, this science column is even more like a pearl than I thought. After all, pearls reduce an oyster’s irritation. And I find myself far less irritated by my lapses of memory now that I’ve learned it may not have all that much to do with age. Rather, it appears the blame lies with doorways.

No, that’s not a non sequitur and even further evidence of the decay of my mental processes. Research just published in the Quarterly Journal of Experimental Psychology really does indicate all of us, regardless of age, are more likely to forget things when we pass through a doorway.

The research, conducted by Gabriel Radvansky, a psychology professor  at Notre Dame University, refines some of his previous research which already indicated that  moving from room to room can make us forgetful.

In his previous experiments along these lines, the experience was made as immersive as possible, using a 66-inch diagonal screen the participants sat very close to. The new experiment used only 17-inch monitors, to see if what Radvansky calls the “location-updating effect” depends on how immersive the experience is. Apparently, it does not.

In the second experiment, Radvansky for the first time tested the effect in the real world, to see if it was just an artifact of a sensory-impoverished virtual world. To make sure participants couldn’t see what they were carrying or had set down, the objects were concealed in black boxes. Sure enough, walking through a doorway increased forgetfulness.

In the third experiment, once more in the virtual environment, participants passed through several rooms but ended up in the same room they had started in, to see if the ability to remember is linked to the environment in which a decision is made. The experiment showed no improvements in memory upon returning to the original room.

All of this supports the “event horizon model of event cognition and memory” that Radvansky and his colleagues have been developing. The theory holds that our brains segment events into a series of “event models” that are processed one at a time. Passing through a doorway *an “event boundary”) triggers the formation of a new event model: and information in the current event model takes precedence over the previous event model. When the brain needs to retrieve information for two event models at once, as when it is called upon to remember an object it incorporated into a previous event model but cannot now see, that “competitive retrieval” leads to “retrieval interference”–i.e., forgetfulness.

Frankly, I find not only reassuring, but inspiring. So inspiring, I think I’ll write a sequel to Nancy Ford and Gretchen Cryer’s off-Broadway musical I’m Getting My Act Together and Taking it on the Road.

I’ll call it I Finally Got My Act Together But I Forgot Where I Left It.

Permanent link to this article: https://edwardwillett.com/2011/11/the-doorway-to-forgetfulness/