The doorway to forgetfulness

A couple of more Magebane reviews… 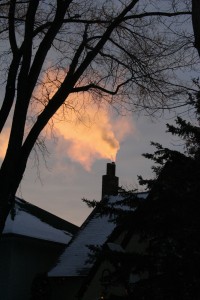 I like to think I’m a fairly creative guy. It’s hard to write a bunch of science fiction and fantasy novels without having at least a modicum of creativity.

I also like to think I’m an honest guy. Tell the truth, keep your word, don’t cheat: that’s how I was brought up, and I do my best to live up to my upbringing.

According to a new study, though, that may make me a mite unusual. Research just published by the American Psychological Association (APA)  indicates that creative people are more likely to cheat than less creative people.

The research, conducted by Francesca Gino of Harvard University and Dan Ariely of Duke University, appeared online in the APA’s Journal of Personality and Social Psychology under the title, “The Dark Side of Creativity: Original Thinkers Can Be More Dishonest.”

In each, the participants received a small sum of money just for showing up. Then they were presented with various tasks and tests, each of which was designed so that they could be paid more if they cheated.

For example: they took a general knowledge quiz, circling their answers on the test paper (and were told they would be paid more for correct answers) Afterward the experimenter told them to transfer their answers to “bubble sheets”, but also told them that she had photocopied the wrong sheet and that as a result the correct answers were already lightly marked on the sheets.

So: the participants had incentive to cheat (more money for correct answers) and the impression they could cheat without detection when transferring their answers (in reality, all of the papers had unique identifiers so the experimenter would be able to tell if they’d cheated).

In another experiment, the subjects were shown drawings with dots on both sides of a diagonal line, and were asked to indicate whether there were more dots on the left or the right side. In half of the 200 trials, it was virtually impossible to tell: but participants had been told they’d be paid 10 times as much (five cents, rather than half a cent) each time they said there were more dots on the right side…and, sure enough, creative participants were significantly more likely to give the answer that paid more.

So why should creative people be more likely to cheat? The researchers believe it’s because creativity makes it easier for people to rationalize their actions. Or as Francesca Gino put it in the APA’s press release summing up the results, “Greater creativity helps individuals solve difficult tasks across many domains, but creative sparks may lead individuals to take unethical routes when searching for solutions to problems and tasks.”

In the paper itself, the researchers concluded that “the results from the current article indicate that, in fact, people who are creative or work in environments that promote critical thinking may be the most at risk when they face ethical dilemmas.”

Now, as I should probably point out more often than I do, it’s dangerous to draw too many conclusions from a single study. The authors themselves note that the most obvious limitation to their work is the fact that they created situations in which people were tempted by money to cheat.

They suggest further researcher into whether creativity leads people to satisfy selfish, short-term goals rather than their higher aspirations when faced with what they call “self-control dilemmas”—such as eating a slice of cake when trying to lose weight.

In other words (my other words, not theirs), if you’re creative enough, maybe you can justify anything—even things that ordinary, less-creative people would take one look at and say, “that’s just plain wrong.”

Or potentially, if you’re particularly creative, in jail: and all the thinking in the world won’t get you out of that box.

(The photo: Nothing to do with anything, really, but it’s kind of creative.)

Permanent link to this article: https://edwardwillett.com/2011/11/creative-cheaters/