A couple of more Magebane reviews… 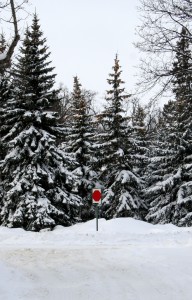 It’s hard to believe that, in 20-plus years of science column writing, I have (as far as I can tell) only ever written about snow once. After all, snow is as much a fact of life in Saskatchewan as sun, wind, and the Riders losing.

Perhaps there is a psychological reason for my avoidance of the topic of snow (and Rider losses), or perhaps it’s simply that it’s not very often there’s anything new to say about what we euphemistically call “the white stuff.”

But now there is! A scientist in California, of all places, has a lead on one of the great puzzles of snowflake science.

It’s not, as you might think, “why no two snowflakes are alike”: that’s been understood, at least in broad strokes, for decades. In fact, that was the topic of my original snow column twenty years ago. To recap:

A snow crystal typically forms when water freezes onto a particle of dust (or, if it’s below -40, just because it’s below -40, at which temperature you’d freeze, too). The crystal grows as it falls, collecting more water vapor on the way. Crystals are six-sided because of the way water molecules bind together when water freezes, but that’s the only thing that’s consistent from crystal to crystal.

Scientists have distinguished seven basic shapes: plates, stellars, columns, needles, spatial dendrites, capped columns and irregular crystals. The shape is determined by the temperature and humidity at which the crystal forms. Platelike crystals form above -3 C and between -8 and -25 C. Columns form between -3 and -8 and below -25. Very moist air at around -7 forms needles. Lower the moisture slightly and those needles become short, fat columns.

Of course, snow crystals are seldom a pure example of any of these shapes. Columns may sprout plates on their ends, which in turn develop branches or needles. Each crystal is literally a record of all the atmospheric changes it experienced on its journey from the cloud to the earth.

Since the total number of snow crystals that have fallen in Earth’s entire history is estimated to be a one with a mere 35 zeros after it, the odds are no two of them have ever been even visually identical.

Physics professor Kenneth Libbrecht at the California Institute of Technology became interested in snow in the 1990s (before that, he’d been focused on the sun and cosmic gravitational waves). What piqued his interest was a photo of a capped column, two flat flakes joined in the middle by a hexagonal column, making it look rather like a thread bobbin.

Libbrecht grew up in North Dakota, but he’d never seen such a thing. He went back to North Dakota, and discovered it was just because he’d never looked. Intrigued, he began photographing snow crystals, and has since published seven books and built up a library of more than 10,000 photographs…and developed methods for growing and analyzing snowflakes in a lab.

Recently Libbrecht has been focusing on the thinnest, largest plate-like snowflakes, which form at around -15 in high humidity. Some are as sharp as a razor blade. What he discovered is that the sharpening effect is the result of a growth instability.

If this sharpening effect turns out to occur at other temperatures—and it likely will—then it could explain how tiny, tiny changes in temperature during the snowflakes’ fall produce such wildly varying structures, how, as Libbrecht puts it: “the ice growth rates can change by a factor of 1000 when the temperature changes by just a few degrees.”

Or, at least, it begins to explain it. More research (as always) is needed. But still, it’s a real advance in snowflake science.

Not, alas, the advance I’m looking for, which is self-shovelling snowflakes. But, hey, it’s a start.

(The photo: A stop sign in the snow near the Saskatchewan Legislative Building.)

Permanent link to this article: https://edwardwillett.com/2011/12/snow-business/