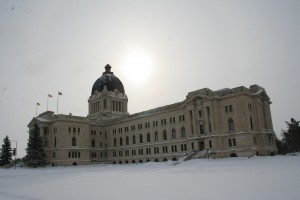 Back in high school, I was a debater…kind of.

I say kind of, because like football, debate was something I did for only one year. (What, you don’t think football players usually end up on the debate team? Then you didn’t go to a small enough school.)

I don’t know that I was a very good football player, although we did have a very successful team the one year I played (center: I couldn’t catch and I couldn’t run, but I could snap the ball and I was big and rather enjoyed running into people), but I seem to have been a pretty good debater. I jumped straight into the Open category since I was already in Grade 12, without ever going through the lower categories, and I did quite well individually in the few tournaments we took part in, and placed in the top 10 (eighth, I think) in the provincial tournament—high enough to go to the national debate tournament, except since I’d only debated for one year I hadn’t competed in enough Open debates to qualify.

My favorite debate partner was my best friend, whom I’ll call John Smith, namely because that was his real name: we made a pretty formidable team.

Now, here’s the thing about high school debate, at least as we practiced it. You would be presented with a resolution to debate. (The one I remember best was, “Be it resolved that the future leaders of the major political parties in Saskatchewan be elected by universal popular suffrage.”) You might have strong feelings about whether or not that resolution was a good idea or a bad idea…but it didn’t matter how you felt about it personally. You had to prepare two arguments, one in favor of the resolution and one against it, and argue passionately for both sides.

In the end, you might still feel strongly that one or the other side had the best argument, but at least you had researched the arguments on the other side. You couldn’t ignore them, or pretend they didn’t exist—not if you wanted to win the tournament and score points yourself.

And that brings me to the modest proposal of this post’s headline: why don’t we require our elected officials to do what high school debaters have to do, and argue both sides of each piece of resolution brought to the floor of the legislative assembly?

(I supposed they could stay in their usual seats, although I rather like the idea of the Speaker giving a signal and everyone having to get up and switch sides, the government moving to the opposition benches and vice versa. Perhaps they could meet in the middle for a brief reception: tea and dainties. Nothing defuses political tension like a good Nanaimo bar!)

No longer would politicians be able to pretend, as politicians love to do, that there are no valid arguments on the other side of an issue, because they would have to present those arguments themselves. And surely legislation would be crafted differently if those creating it had to truly wrestle with what its application would mean in the real world instead of simply relying on ideology and a desire to punish those of other political parties.

I think it’s an idea whose time has come!

Or, at least, an idea worth debating.

Permanent link to this article: https://edwardwillett.com/2012/12/a-modest-proposal-for-the-complete-overhaul-of-the-legislative-process/