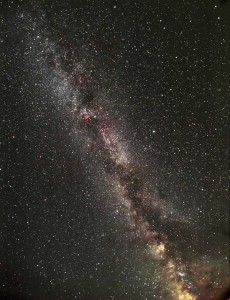 You don’t have to be very old to remember a time when we didn’t know if there were any planets anywhere else in the universe beyond those in our own solar system.

Oh, sure, scientists and science fiction writers had long assumed these extrasolar planets existed, but the stars were so distant it seemed nearly impossible to ever be certain.

But all that changed in 1995, when we found the first planet outside our solar system. It was another four years after that before we found proof of other planetary systems: that is, stars orbited by more than one planet. (You can’t really call them “solar systems” if you’re being properly pedantic, since “Sol” is the name of our sun, not theirs.)

For a while, the pace of extrasolar planet discovery was fairly slow. When I last wrote on the topic in 2002, the total number of known planets was only 98.

But since then, the discoveries have come fast and furious. As of January 1, the total stood at 854 known extrasolar planets in 673 planetary systems, including 126 systems with multiple planets.

The Kepler space telescope, launched on March 7, 2009, specifically to search for Earth-like planets orbiting other stars, has (as of January 7) identified more 2,740 potential planets orbiting 2,036 stars. (Candidates require additional follow-up observations and analyses to be confirmed as planets. At the beginning of 2012, 33 candidates in the Kepler data had been confirmed as planets. Today, there are 105.)

What is becoming apparent, in other words, is that the universe of Star Trek, with planets around almost every star, is reality, not just science fiction.

In fact, according to a new study led by John Johnson, assistant professor of planetary astronomy at the California Institute of Technology (Caltech), and Jonathan Swift, a postdoc at Caltech, the total number of planets in the Milky Way galaxy is in the billions. (Actually, according to their press release, “billions and billions…at least.”)

The reason the astronomers believe extrasolar planets are so numerous is that planets are apparently common around the stars known as M-class dwarfs—and M-class dwarfs account for three-quarters of all the galaxy’s stars. They came to that conclusion after analyzing one of the planetary systems detected by the Kepler telescope, which contains five planets. Two of those planets’ existence had already been confirmed by other scientists. The Caltech team confirmed the remaining three.

The five planets are all similar in size to Earth and orbit close to their star, and are typical of the class of planets the telescope has discovered orbiting other M dwarfs. That implies that the majority of stars in the galaxy probably have planets comparable to these five.

The astronomers were able to determine quite a bit about these planets, because their system happens to be positioned edge-on to Earth. That means each planet’s passage in front of the star changes its brightness, which provided enough data to determine that the planets range in size from 0.8 to 2.7 times that of Earth.

Only the outermost of those five planets lies within the star’s habitable zone. All five of them fit within just over a tenth of an astronomical unit (an astronomical unit is the average distance between Earth and the sun); or, to put it another way, the entire planetary system lies within a third of the radius of the orbit of Mercury, the planet closes to the sun in our planetary system.

However, M-class dwarfs are quite different from our sun: much smaller and much cooler. Kepler-32, the star in question, has only half the mass of the sun and only half its radius. The M-class dwarfs also shine mainly in infrared light, which makes them invisible to the naked eye from Earth.

Solar systems exactly like ours, orbiting a similar class of star, might still be very rare (as Swift puts it, our solar system is “just a weirdo,”) but if M-class dwarfs commonly have solar systems, as it appears they do, then the total number of planets in our galaxy alone must be something in the neighborhood of 100 billion: or, if you like your zeroes, 100,000,000,000.

“It’s really fundamental from an origins standpoint,” says Swift. “Kepler has enabled us to look up at the sky and know that there are more planets out there than stars we can see.”

Are we alone in the universe? We still can’t answer that fundamental question, and given the distances involved, we may not be able to any time soon.

But it boggles the mind to think that with 100 billion planets in our galaxy and millions of galaxies beyond our own, only on this one speck of dust has there ever been anyone to look up at the night sky in wonder.

Permanent link to this article: https://edwardwillett.com/2013/01/planets-planets-everywhere-3/