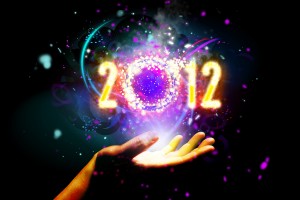 A quick meme for today, which I picked up from Norman Geras: the first lines of the first blog posts for each month of 2012…which in my case tend to be science columns!

When the first post happened to be one of my Saturday Specials, where I posted some bit of the many different types of writing I’ve done over the years, I’m giving the first line of the posted writing sample, not the introductory bit I wrote in front of it.

Maybe you’ll see something you missed. Here’s your chance to catch up!

Enjoy, and look forward to lots more in the already not-so-new year…

January: Delayed once more by festive cheer, I make my first post of the year!

February: Most of the time, we don’t really want other people to know what we’re thinking.

March: Sometimes people ask me why I like to write about science.

April: On Saturday afternoon, June 17, 1967, a band with the unlikely name of Big Brother and the Holding Company took to the stage of the Monterey International Pop Festival at the Monterey County Fairgrounds, eighty miles south of San Francisco.

June: Cumberland House, founded in 1774, is the oldest permanent settlement in Canada west of Ontario.

July: There’s a public perception that somebody must be pulling the strings on gas prices, that somewhere in some shadowy secret lair mustache-twirling oilmen are gleefully conspiring to raise prices across the board just in time for summer holidays.

August: While I was browsing for another Olympic-themed column idea (as promised last week) one story particularly caught my eye: a Reuters piece by Kate Kelland headlined (in the Regina LeaderPost, at least), “Scientists skeptical as Olympic athletes get all taped up.”

October: I’ve sung all my life, in church, in choirs, and on-stage, both just for fun and professionally.

December: We’re coming up on the shortest day of the year in the northern hemisphere: at the latitude I live at, in Regina, Saskatchewan, that means that today the sun rose at 8:49 a.m. and will set at 4:54 p.m.

Permanent link to this article: https://edwardwillett.com/2013/01/2012-through-the-first-lines-of-my-blog/