End of a (brief) era

The Willetts on Wine: East is east, and west is west…but which has the best wine? 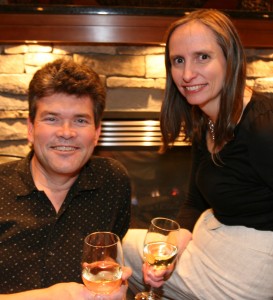 It’s Canada Day as we write this, and we’re feeling patriotic. Today’s Rider game is even a classic East-versus-West match tailor-made to resonate with the Canadian psyche.

This is a wine column, not a sports column, but that East-versus-West dynamic can be found in the world of Canadian wines, as well…and here in Saskatchewan, we’re right in the middle of it.

Grapes and wine make an early appearance in Canadian history. What we call Newfoundland Leif Ericsson named Vineland way back in 1001 A.D., after the grapes reportedly discovered by his foster father, a German (and therefore very familiar with viticulture), who wandered away from camp one day and returned, delighted, with the fruit in hand.

Half a millennium later, on his second visit to New France in 1535, Jacques Cartier found wild grapes growing in abundance on a large island in the St. Lawrence, first named Île de Bascuz (after Bacchus, the god of wine), later renamed Île d’Orléans. Five kilometres east of Quebec City, the island was home to one of the first French settlements.

A couple of centuries later, retired German soldier Johann Schiller, who had wine-making experience in the Rhine valley, started growing and fermenting early American hybrids in what is now Mississauga. Today he is the acknowledged father of the Canadian wine industry and the famous Niagara Peninsula wine region.

The Okanagan didn’t get into the act for another half a century. In the 1860s, the Oblate Fathers began growing grapes at their mission just south of Kelowna. The farmers that came later, though, were mostly interested in fruit orchards; there wasn’t a commercial grape-growing venture in the region until 1907 (in Salmon Arm) and the first commercial winery, Calona, didn’t open until the 1930s.

Both the Niagara Peninsula and the Okanagan are at the same range of latitude as the Old World’s major wine-producing regions. Ontario spans an area that is the same as Southern France’s Languedoc, Spain’s Rioja and Italy’s Chianti Classico regions. The mitigating effect of Lake Ontario and Lake Erie allow for the growing of wine-quality grapes, reflecting light to shore and storing summer’s heat as the land cools during the winter months.

In contrast, in British Columbia there is much lower humidity, producing desert extremes of heat and cold day by day; there are also more hours of sunlight than in southern Ontario, a plus for ripening grapes. (Although most of the wine available to us in Saskatchewan comes from the Okanagan and Similkameen valleys, wines are also produced in the Fraser Valley, on Vancouver Island and in the newest designated area, the Gulf Islands.)

When you look for Canadian wines in Saskatchewan’s SLGA stores, you’ll notice that the Ontario selection is rather thin. The shelves are full of the inexpensive large-bottle wines and the easy-to-reach-for insert-name-of-your-favourite-golf-or-TV-star brands, but look past those and the flashy ice wines and you’ll find that the Niagara wineries that led the estate winery revitalisation of Canada’s industry, Inniskillin, Pelee Island and Henry of Pelham, are mostly/only represented by their entry-level wines, which really isn’t fair to these great producers—or the public!

In the new private stores we do see the well-established Cave Springs, known for its Riesling and Chardonnay (and its famous restaurant, On the Twenty). An exciting alternative choice is Tawse, a family-owned winery that’s a relative newcomer on the Niagara scene, founded in 2001. Give their Misek Vineyard and Echoes Rieslings a try.

Look to the west, though, and the selection expands. From B.C. you can find not only entry-level wines (such as the very good entry-level-priced Pinot Noir from Ganton and Larson’s Prospect Winery, which we have served on a number of occasions) but more mid- and premium-priced wines.

So which way should you turn for Canadian wine—east, or west? What to drink and taste?

Our answer is always, simply, “Whatever is good!” But that’s not very helpful, so…

In broad terms, we’d say go west for reds and east for whites, but both Niagara and the Okanagan are cool-climate viticulture areas which produce wines with high acidity and natural aging potential. Niagara generally produces lighter, fruiter wines, and the Okanagan, benefitting from greater extremes in temperature, offers full-bodied, highly flavoured wines with good acidity, comparable to the wines of the Rhine.

“East is east, and west is west, and never the twain shall meet,” Rudyard Kipling famously wrote, but in the case of Canadian wines, he was wrong. They meet in Saskatchewan.

So take your pick! With the ever-increasing quantity and quality of wines available here in the true North, strong and free, you really can’t go wrong.

Like to see your wine recommendation in a future Fine Lifestyles Regina? Contact the Willetts on Wine at ewillett@sasktel.net. 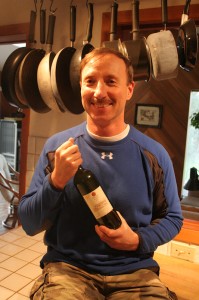 I always like to keep my eye out for something unusual when I am browsing through a wine shop. The wine may be either an uncommon varietal, or from an unusual growing area, or both. Sometimes I might like the wine and sometimes I might not, but it is an inexpensive and fun way to broaden one’s horizons. And so my eye was attracted to a bottle of red wine from Lebanon sitting on the shelves of Willow Park Wines & Spirits: “Nakad Rouge, 2004, Bekaa Valley.” In addition to coming from an unusual area, it is also an uncommon blend of cinsault and carignan grape varieties combined with cabernet sauvignon. The wine is fruity and of moderate body. The general consensus from my friends was that it went well with our potluck dinner, being one of the favourites of the evening. Recently the Bekaa Valley has been more known for armed conflict than winemaking, so it is definitely worth a try.

Garth Huber is a Physics Professor at the University of Regina, and is on the local executive of the Society for Americas’ Wines. He has no formal wine training, but enjoys trying many different wines and learning from the experience. 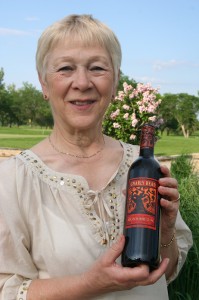 Labels often grab my attention as I go down the aisles in a wine store, the labels grab my attention, and that was certainly the case the Gnarly Head Old Vine Zinfandel. I was pleasantly surprised the first time I tasted this wine. The nose is very strong of black cherries, the color is  dark red to black, and the flavors are of black cherries and peppercorn that lingers on the palate. I’m not a professional wine taster, but I do enjoy great red wines such as the Gnarly Head. I have recommended this particular Zin to many people. It pairs so well with a variety of dishes: rack of lamb, prime rib, pizza, ribs, chili, Thai food and aged cheeses. Besides that, it is a yummy wine to drink on its own.

Deana Pageot is a retired school teacher who is presently teaching English as a second language to immigrants and refugees at The Open Door Society and also does some contract work for the department of education at the University of Regina. For the past 20-plus years, she has served on the board of The Society for Americas’ Wines, learning about wine and working with many chefs in Regina planning wine-and-food pairings. 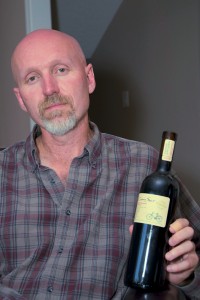 I’m primarily a single malt fan, but I do have a growing collection of wines in my cellar. Instead of one of those more expensive wines, though, it makes sense to single out a less costly bottle that I’ve enjoyed several times recently. The 2008 Cono Sur is a Cabernet Sauvignon/Carmanere blend from Chile, from organically grown grapes, and is surprisingly subtle without the overload on tannins I find many cheap wines hold. Do seek it out.

Derryl Murphy writes science fiction and fantasy in Saskatoon. His next novel, out in 2011 from ChiZine Publications, will be Napier’s Bones.

Permanent link to this article: https://edwardwillett.com/2010/09/the-willetts-on-wine-east-is-east-and-west-is-west-but-which-has-the-best-wine/