It’s past your bedtime! 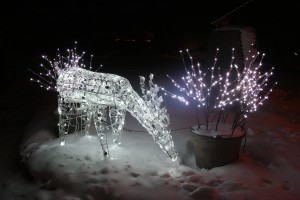 If you’re going to build readership on a blog, you have to post regularly. Everyone knows that. I know it; you know it. And periodically I’ve attempted it, never with any great success.

But you know what? Hope springs eternal, and with the start of a new year, I’ve got another chance to do several worthwhile things: lose weight, write more, and blog more…beyond simply plugging my latest book or pointing out reviews.

I read quite a few blogs, political blogs, science fiction blogs, science blogs, and more. Perhaps I would get more readers if I were to focus on one particular topic land stick to it. But my interests are too eclectic, I fear. So what you’ll most likely get, if you keep coming back and I keep posting regularly, is a mixture of all of the above, along with a heaping helping of none of the above.

This won’t be a political blog, but I’ll probably venture a political opinion from time to time. I mention this because it’s something a bit unusual for me. I’ve always been reluctant to write much about politics online for the very simple reason that I’m a writer and actor in Canada. There’s practically a law, it seems, that such an individual must be left-wing. I am supposed to hate Prime Minister Stephen Harper and Saskatchewan Premier Brad Wall, vote NDP only because there isn’t an even more left-wing alternative, despise America in general and the wrong sort of Americans (you know, anyone who ever voted Republican or attends church regularly) in particular, and keep a voodoo doll of former President George W. Bush in my closet, sticking it with pins at regular intervals.

Well, sorry, but that’s not me.

See, I’m a dual citizen. I’m a Canadian, with a Canadian wife, a Canadian daughter, a Canadian house, and a great love of Canada; but I was born and remain a citizen of the United States of America, and I love that country, too, and believe it has been, by and large, a force for good in the world, economically, culturally, and politically. I find the default anti-Americanism I have been exposed to my entire life in Canada stupid, repugnant and infuriating.

Similarly, I was raised in the Church of Christ, and the finest people I’ve ever known are staunch members of that church…which is why I have little patience with those in my writer/actor circles who attack those with deeply held religious beliefs, or denigrate those beliefs as evil or stupid.  Again: stupid, repugnant and infuriating.

I generally don’t argue with people about it in person, though, and there’s a very good reason for that: I don’t want to lose friends, and perhaps I’m being unfair, but I have the distinct impression that many of my acquaintances of the left-wing variety would be so horrified to hear what I really  think of their casual slagging of, say, Americans, or their idiotic equating of someone who supports a reduction in government expenditures with, say, Hitler, that they would no longer be comfortable in my company. (During a break in rehearsals for Beauty and the Beast at Persephone Theatre in Saskatoon in 2007 I casually mentioned in the green room that I had, in fact, voted for George W. Bush over John Kerry in the 2004 presidential election. You could tell by the horrified expressions of those present at the time that they had never even dreamed that an actual Bush voter might appear before them in the flesh, especially not an actor in a theatre, normally a comfortable cocoon of doctrinaire left-wing though; I was almost surprised they didn’t run screaming from the room, shouting “Canada has free health care! Canada has free health care!” to ward off evil.)

It’s funny, though. Although I’ve had a blog now for a very long time, I’ve never felt any great urge to express a lot of political opinion in it, either: and that’s a change, because I started my career as a newspaper reporter and photographer at the Weyburn Review,  and eventually became editor, and I was certainly willing to express strong opinions in the weekly newspaper column I wrote most of the time I was there. I’m not sure what changed, except I got older and less sure of myself, I suppose.

Anyway, all of that is to say this: going forward, as I (hopefully) blog each day (or almost), I may express a political opinion or two, but if you don’t like what I say, well, skip that entry. The next day I’ll likely be saying something about writing, or musical theatre, or the weather, or science, or cats, or wine, or food.

But this is my fair warning that if you simply cannot bear the thought that you might occasionally read an opinion here that is not at all what you expected from a Canadian writer or actor, something, say, supporting the war in Afghanistan (which I do), or suggesting that perhaps not all government spending cuts are bad (a particularly heretical suggestion in some quarters), you might not want to check back here regularly.

The fact is, you never know what I might say.

But that’s only fair, because, after all, I don’t know, either!

P.S. Oh, the picture. Well, among other things, I hope to start posting photos regularly again (I used to do a Photo of the Day) like the one at left (actually taken a year ago, not this winter, but the same decorations were at the Wascana Country Club this year, so what the heck.)