On Shovelling (a winter sonnet)

I wish I were James Lileks 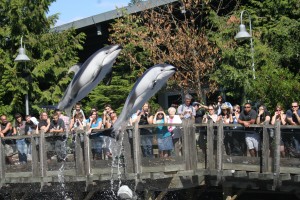 I discovered Lileks several years ago now, when someone pointed to the original Interior Desecrators portion of his website, where he made hilarious fun of the horrible interior design notions of that most regrettable of decades, the 1970s. I worked my way through everything he had posted on his site, and soon became a regular reader of his daily Bleat, which was a kind of daily journal very much like a blog before anybody had really heard of blogging.

I soon noticed a few things we had in common. We were born within a few months of each other, so we’re almost exactly the same age. He’s married to a professional woman (a lawyer), as am I (an engineer). He has one daughter, as do I. His daughter, Natalie, happens to be about 10 months older than Alice, which means that for many years I’ve followed his writings about his daughter’s interests, activities and personality as a kind of coming-attraction feature for what my daughter might soon be like. (Case in point: Lileks’s daughter was, a few months ago, enamored of Warriors, the fantasy novels involving cats. My daughter is just passing through that phase herself, and gets quite frustrated when we can’t keep the various This-paws or That-stars apart…)

And, of course, we’re both writers. Lileks works for the Minneapolis Tribune, but he also writes fiction, non-fiction (I recommend The Gallery of Regrettable Food and, yes, Interior Desecrators as the places to start), and newspaper columns. He’s a regular guest on radio shows. He even hosts symphony orchestra concerts.

I’ve done all of that, in my own way, though generally on a smaller scale than he. I even live in an old house, though not quite as old as the home he calls Jasperwood.

So why, if my life is so similar in so many ways already,  do I wish I were him?

Well, right now, I wish I were him because, as you’ll see from the latest Bleats,  he’s been sailing warm waters on a luxury cruise ship, giving talks. That’s something I’ve never done, and looking outside right now, this would be a really good time to be doing it.

But really, there’s only one thing I really envy Lileks, and it goes back to our mutual passion for writing. I envy his turn of phrase, his ability to take the ordinary and make it, if not profound, at least fascinating. I enjoy reading his Bleat even when it’s about nothing much.

That, I think, is the mark of the truly talented writer: that apparently simple, and actually oh-so-difficult, ability to lay down words, one after the other, so well and so fluidly that even a reader who is not naturally or  initially interested in your topic becomes interested…and will keep coming back to see what you might have to say about something else.

I think Lileks does that better than anyone else I’ve run across.

If he could bottle that ability, I’d buy a caseload of it. But since it isn’t currently available in stores, by mail-order, or even on the black market, I guess I’ll have to just keep honing my own skills.

As every writer eventually learns, there’s only one way to get better: write, write, and write some more.

The photo: Dolphins leaping at the Vancouver Aquarium.

Permanent link to this article: https://edwardwillett.com/2011/01/i-wish-i-were-james-lileks/