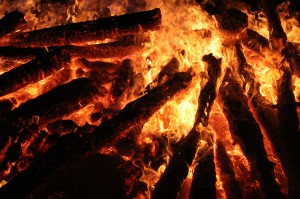 I don’t think I’ve posted this; maybe I have, but in that case, well…here it is again. It’s the description of Twist of the Blade, Book 2 of the Shards of Excalibur, as included in Song of the Sword.

No time for more this morning since I’m desperately trying to finish revisions to, yes, Twist of the Blade. Following hard on the heels of which will be revisions to Magebane: I heard from Sheila Gilbert at DAW this morning and will be talking to her about the book tomorrow. Of course, there’ll also be more revisions to Twist of the Blade. I’m still trying to make Blue Fire submittable. And I’m in the final stages of research for my addition to/rewriting of the official history of Saskatchewan’s Government House (it’s currently titled A Tower of Attraction but I’m hoping we come up with something better), after which I’ll have to finish the writing and revision in pretty short order. Oh, and my agent would really like to see some sample chapters of Masks, a proposed YA fantasy he’s quite excited about.

Why, yes, I am keeping busy. Thanks for asking!

Anyway, here’s what you can look forward to in Twist of the Blade:

In France, archaeologists have begun to investigate newly discovered cave paintings…but deeper inside the cave, resting below a pool of icy black water, lies a different treasure: the second shard of Excalibur.

Ariane may be on a quest to stop Rex Major—Merlin’s modern-day persona—from taking over the world, but she still has to deal with high school. Wally’s sister, Felicia, and her clique have vowed to take revenge, but with Ariane’s newfound powers and the first shard of Excalibur by her side, the fight takes a dangerous turn. After Felicia is gravely injured, Wally begins to question his loyalties. Can he trust Ariane or the Lady of the Lake, the woman who gave Ariane her dangerous powers? Rex Major is more than willing to take advantage of Wally’s doubts.

Ariane must recover the second shard–but this time she may have to do it alone.

And now I’d better get back to making sure she does…or doesn’t. (I’m not giving anything more away.)

The photo: Hallowe’en bonfire in Banff.

Permanent link to this article: https://edwardwillett.com/2011/01/twist-of-the-blade-synopsis/