The conspiracy of inanimate objects

And now a word about Magebane…

What’s in a name? 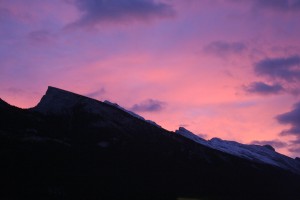 It’s not exactly a secret, since I’ve been telling everyone everywhere for some time, but my next book from DAW, the fantasy novel Magebane, will not be appearing under the name Edward Willett, but under a pseudonym, Lee Arthur Chane.

This is a first for me, though it’s pretty common; some writers have several pen names. There are many reasons for them, but in my case it’s because Edward Willett started his career as a space opera/science fiction writer, and notwithstanding the Aurora Award for Marseguro and the nomination for Terra Insegura, didn’t make as much of a splash as either he or his publisher would have liked. And so it makes more sense, from a marketing point of view, for Edward Willett to morph into an entirely new writer (for the many readers who won’t bother to Google him, anyway, and more importantly for the computers that determine how many books the big chains order). 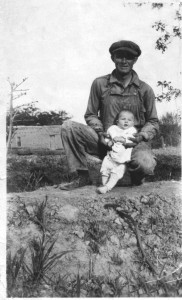 I played around with a lot of possible pen names when I realized I needed one, though I fairly quickly settled on the idea of using my middle name, Chane, as the last name of my new identity. There are a couple of reasons for that. Most importantly, it’s almost unique. My parents gave it to me because they wanted me to have the same initials as my grandfather, E.C. Willett. His middle name was Chambers, but rather than give that to me, they decided to make up their own name (rather ahead of the curve, when it comes to giving unusual names to children; these days, our daughter’s name, Alice, stands out simply because it’s a very traditional girl’s name).

Why Chane? Because they’d recently seen the movie Shane.

I toyed with Alexander Chane quite a bit. Had we had a boy instead of a girl, we were going to name him Alexander William James Willett; there aren’t any Alexanders in our family, but William was my father-in-law’s name and James was my dad’s name. (Since w did have a girl, she ended up as Alice Laura Mae Willett; Alice is my mother-in-law’s name, Laura was my grandmother’s name, and Mae is my mother’s middle name.)

But in the end the best choice was staring me in the face. I have two older brothers, Jimmy Lee Willett and Dwight Arthur Willett. I was already using my middle name; why not use theirs, too?

And so: Lee Arthur Chane.

Oh, and the other reason for using Chane as the surname of my new nom de plume? The books will end up much higher on most bookstore shelves than Willett, which tends to be on the bottom shelf of the last section devoted to SF or fantasy.  (Although, on the plus side, Willett does tend to show up not far from Tad Williams and David Weber, two writers whose sales figures I would gladly emulate. But, alas, it didn’t work out that way.)

So now I’m Lee Arthur Chane. And now I’m told I have to come up with a biography of Lee Arthur Chane, who both is and isn’t me. This biography, and other information about this brand-new fantasy writer, will also show up on a new website, leearthurchane.com (nothing to see there yet, so no need to check it out).

The possibilities are so endless I’m having to restrain myself. “Lee Arthur Chane was born under a full moon to a travelling gypsy who vanished under mysterious circumstances with the rising of the sun…” “Lee Arthur Chane’s first memory is of being tucked into a spaceship moments before his world exploded…” “Lee Arthur Chane’s hobbies include macrame, solving quadratic equations in his head, and wrestling greased pigs.”

I guess I’ll have to be more pedestrian than that, but in a way, it’s a pity.

After all, how often do you get to completely re-invent yourself?

Permanent link to this article: https://edwardwillett.com/2011/01/whats-in-a-name-2/