Marseguro reviewed by a talking moose…

A bit about bias: the encore 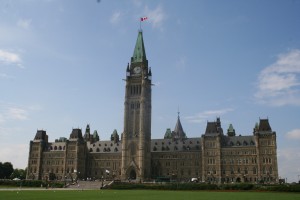 I don’t usually repeat columns quite as soon as I’m repeating this one on bias, but my big brother Jim recently suggested this might be a good time, with the Canadian election on, and I always do what my big brother tells me to. (Right, Jim?)

Also, I’m swamped with editorial revisions on two novels at once, and so…

Elections have a way of generating, in most people’s minds, a very serious question: How on Earth can so many people be so pig-headed and blind as to disagree with you and me (I’m assuming, of course, that you agree with me) about who to vote for, when it is blatantly obvious that our candidates were superior in every way?

Blatant bias and serious stupidity, obviously. No doubt fueled by the media. After all, we all know how biased they are.

Alas, say psychologists contacted for a recent Philadelphia Inquirer article on the subject, we’re all biased. And one of the most basic ways in which we’re biased is toward the perception that other people are more biased than we are.

According to Scott Plous, a psychologist at Wesleyan University, we tend to explain the behavior of others in terms of fixed traits: greediness, stupidity, laziness. But for our own questionable behavior, we’re always able to find extenuating circumstances.

Emily Pronin, a Princeton University psychologist, has conducted experiments in bias. (One must be careful not to call them “biased experiments.”) In one, she had student volunteers read what they thought were the views of the new university president on affirmative action. In fact, the stated views had been manipulated to agree or disagree with the students’ to varying extents.

Since the views weren’t really those of the president at all, the only bias revealed was that of the students.

Stanford psychologist Lee Ross has shown the same newscasts on the Arab-Israeli conflict to volunteers whose views ranged from strongly in favor of one side or the other to somewhere in the middle. Those with strong views saw the news coverage–the exact same news coverage–as dangerously biased in favor of the other side, and feared it would mislead “ordinary people.”

The perception of media bias usually arises not only from what is said but from what is left unsaid: “Why are they ignoring (this or that all-important fact)?”

Another form of bias we’re all subject to is confirmation bias: we tend to accept at face value evidence that supports our beliefs, while subjecting information that challenges our beliefs to more critical scrutiny (or simply rejecting it out of hand).

And all of this bias is further fed by the fact that each of us tends to think of ourselves as smarter, nicer (and probably better-looking, too!) than the run-of-the-mill population.

Statistically that’s nonsense: it’s sobering to realize that fully half the population is of below-average intelligence. (Also, half of the drivers on the road are of below-average ability–but have you ever met someone who’d admit to it?)

If you ever do meet someone with a brutally clear self-image, you may not like them much: they can come across as depressive or pessimistic compared to everyone else.

And then there’s “hindsight bias.” It’s seen in doctors who, once they make a diagnosis, often remember themselves as suspecting the diagnosed condition all along.

Bias is a problem in all forms of science, which is why part of the scientific process is to attempt to prove your hypothesis wrong–no matter how much your hoped-for Nobel Prize or grant money may hinge on it being right.

I have a dream: a dream of a day when those who fervently support a particular political candidate take this same scientific approach, and go out of their way to try to find reasons not to support him or her, rather than dismissing inconvenient facts out of hand.

That way, when a vote is finally cast, it will be an informed one, tempered by the realization that no one is a perfect paragon of political pulchritude.

Not even your favorite candidate…and, more shockingly, not even mine.

Permanent link to this article: https://edwardwillett.com/2011/04/a-bit-about-bias-the-encore/