No need for gas-price conspiracy theories 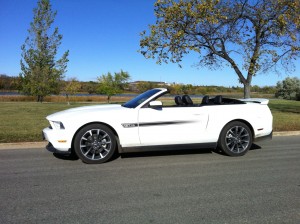 There’s a public perception that somebody must be pulling the strings on gas prices, that somewhere in some shadowy secret lair mustache-twirling oilmen are gleefully conspiring to raise prices across the board just in time for summer holidays.

It’s such a popular perception that it has sparked any number of public inquiries around the world…which generally turn up no evidence of any such conspiracy. (Of course, to some that just proves there’s a conspiracy: the complete lack of evidence is all the evidence you need, in conspiracy-world.)

A new study reveals why: you don’t need a conspiracy to generate cartel-like behavior in the prices of a commodity. That behavior can arise spontaneously from the market itself.

The study was conducted by physicists Tiago P. Peixoto and Stefan Bornholdt of the University of Bremen, and published in a recent issue of Physical Review Letters.

Germany, like Canada, has had calls for investigations into the suspicious fact that gas prices from multiple sellers all seem to rise in tandem: just a few months ago, the German governmental cartel agency searched the offices of large gasoline companies in search of evidence of cartel behavior…but found nothing.

That prompted the researchers to wonder if the strong fluctuations in time and space of German gas prices could instead “be a sign for an interesting collective dynamics, of gas sellers, interacting with each other in a funny way.”

To explore that possibility, they created a computer model based on a real-life market scenario. The model involves one million “agents,” each of which has the role of both buyer and seller of a necessary commodity, such as gasoline. As buyers, the agents must buy the product in question, but they can choose which seller they buy from, just like drivers can pick and choose among gas stations. As sellers, the agents can set their price however they like—but they know that too low a price will not make them much profit, while too high a price will drive buyers to another seller.

Over the course of the game, buyers and sellers continuously update their strategies, trying to either save or make the most money. What the researchers discovered was that the key variable is which side can update its strategy the fastest.

If buyers can update their strategy—changing where they buy gasoline, in real-world terms—at a fast rate relative to the sellers, than pricing tends to favor the buyers and you get the model-equivalent of a gas war: the sellers offering the lowest prices profit most by drawing the most buyers, so other sellers replicate those low prices until all sellers have the same low price.

But there’s a flip side. If sellers can update their strategy at a fast rate above a critical value compared to buyers, then the entire population of sellers benefits at the expense of all the buyers: the sellers are so quick to copy the high prices of the more profitable sellers that the buyers have no time to react. Soon there are no low-priced options available, and the model enters a “cartel-like phrase,” with no actual cartel existing.

In the real world, Bornholdt suggests, “price comparison websites and smartphone apps can be a potential means to react more quickly to price changes. If a global and real-time ranking of sellers is available, this could significantly thwart a cartel-like scenario,” provided, of course, that enough buyers choose to make use of the information.

In a gas-war scenario, prices tend to settle at a stable low point. In the cartel phase, though, prices fluctuate tremendously, particularly when the rate of adaptation is near the critical value, because sellers are still competing, which sometimes drops prices to a reasonable level.

The model also revealed that in these fluctuations, the average price often rises very quickly and then drops more slowly…and doesn’t it always seem in the real world that gas prices spike quickly, and then take a long time to sink back down again?

Going forward, the researchers hope to improve their model in a number of ways (such as implementing spatial constraints, since few people will drive 100 km just to buy cheaper gas).

In the meantime, though, perhaps it will help your blood pressure this summer to consider the possibility that, rather than being the work of super villains sipping champagne in a high-tech underground lair on some tropical island, gas prices all rising at once across multiple gas stations are simply a result of inanimate market forces…

…although the former would certainly make a better summer blockbuster.

Permanent link to this article: https://edwardwillett.com/2012/07/no-need-for-gas-price-conspiracy-theories/