The Space-Time Continuum: Reality in Fantasy 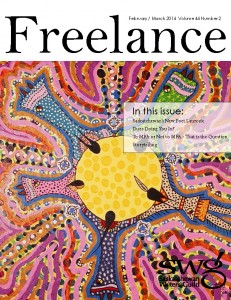 In other words, even though fiction is, by definition, not real, we expect it to contain substantial doses of reality.

Yet somehow, too many people, when they decide they’re going to write fantasy, decide that because it is set in an entirely made-up world, they don’t have to worry about realism.

Nothing could be farther from the truth. In fact, nothing kills a fantasy tale faster than a lack of realism. If anything goes—if the author can make up anything he or she wants out of that ever-popular speculative fiction building material “handwavium”—the reader quickly realizes that nothing really matters, and if that’s the case, why should he or she care?

The holy trinity of fiction comprises setting, character and plot. And all of them, if your fantasy fiction is to succeed, must contain a sizeable dose of realism.

Let’s start with setting. Yes, your tale may be set in an entirely made-up medieval kingdom: but medieval kingdoms existed in the real world, too, and can be thoroughly researched. What was the class structure? How was the city policed? How was sewage dealt with? Food distributed? Defenses organized?

The other reason for doing some research and trying to make your settings as real as possible is that the details you discover in you research find their way into your story in unexpected ways. In my most recent fantasy novel Masks (written as E.C. Blake), I had need of a way to move people up and down the levels of a mine. Initially I was going to go with ladders, but a little research revealed the existence of a waterwheel-driven people-mover called a “man engine” used in old mines in Germany. That enhanced the scenes set in the mine immensely, I think, and also provided me with an intriguing sound effect: the constant rumble of the waterwheel is mentioned several times as my characters move around the mining camp.

Keeping characters real in fantasy is the same challenge faced by all fiction writers. No matter how real they seem to you, your characters are in fact nothing but figments of your imagination. No matter how much you may know about them, how much you invent, how many spreadsheets you fill with information about them, they can never even begin to approach the complexity of a real person. Still, carefully chosen details, dialogue and incidents can make a fictional character sometimes seem more real to us than many of those we meet in our day-to-day lives.

In fantasy, the problem of making a character seem real is exacerbated by the fact that he, she, or it may have attributes one never encounters in the real world. You may be dealing with someone who can change shape, or wield magic, or fly, or read thoughts, or turn invisible. If your readers are going to relate to that, you have to make sure that in other ways, the character is very real: that his or her or its motivations (love, hatred, lust, revenge, ambition, etc.), actions, and reactions all seem like those of an actual human being—even if the character is not actually a human being at all, but an elf or dwarf of werewolf

Much the same can be said of plot. While the plot of a fantasy—furry-footed height-challenged everyman must journey to an active volcano in order to dispose of magic jewelry—is less “real” than, say, a tale about the midlife crisis of an English teacher in a small Saskatchewan town, and quite a likely a great many more events happen in the former than in the latter (and certainly there are more swords involved), events must happen for a reason, must arise realistically from the characters and the setting and situation in which those characters are situated, and must not be just a series of incidents but actually advance the storyline or change the characters in some significant way. If not, we won’t care—no matter how spectacular the authorial special effects may be.

Fantasy is sometimes called escape literature (a topic for another column), but while it may serve that purpose for some readers, for the writer there is no escape: however fantastical your literary creation, it must always be built on a solid foundation of realism, an anchor for the lifeline from which your readers willingly suspend their disbelief.

Permanent link to this article: https://edwardwillett.com/2014/02/the-space-time-continuum-reality-in-fantasy/