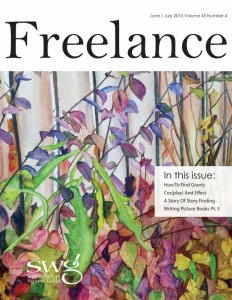 Two roads diverged in a wood, and I—
I took the one less traveled by,
And that has made all the difference.

When Robert Frost wrote his famous poem “The Road Not Taken,” he clearly didn’t have in mind the many-worlds interpretation of quantum mechanics, which postulates there is a very large—perhaps infinite—number of parallel universes, in which anything that could have happened in our past, but did not, in fact did.

Still, even shorn of its quantum-mechanical underpinnings, the idea of the choices we make today altering our future was hardly original with Frost. The story of Adam and Eve, to name one obvious example, is all about having a choice, and making the wrong one. Had Eve not tempted Adam, and had Adam not yielded to temptation, we would, the Bible tells us, all be living naked in the Garden of Eden.

But Frost’s poem expressed the concept elegantly and concisely, and illuminated a truth we all face on a daily basis. For example, while admittedly it is not as consequential a choice as the one which resulted in humanity being forced to earn its living by the sweat of its brow before returning to the dust from whence it came, at this point I now have two directions I could go with this column. I could write about the sub-genre of science fiction known as “alternate history,” or I could write about the choices one makes during the writing process.

This time, I’m going with the latter (although, if the many-worlds interpretation is correct, in a parallel universe I am writing that other column right this minute).

What got me thinking about roads not taken was the editing process for my upcoming science fiction novel Falcon’s Egg (Bundoran Press), a sequel to 2013’s Right to Know. The main character of Falcon’s Egg, Lorn Kymball, was a teenager in Right to Know. Idealizing Art Stoddard, the main character of that novel, Lorn foolishly plunged into an active revolution, was critically injured, and then killed several crewmembers of a starship (and very nearly himself, as well) by blowing open a hatch. In the seven years since, he’s joined the State Security Intelligence Network—the state police—and for a while gamboled merrily along through fields of mayhem, mopping up the dangerous religious fanatics of the previous book. But recent events have made him question his commitment to the SSIN, and so when he finds himself caught up in yet another attempt to overthrow the government, he’s conflicted.

Enter my excellent editor (and publisher) at Bundoran Press, Hayden Trenholm, who noted that in the draft I sent him, “what he (Lorn) was doing was interesting but he wasn’t very interesting himself.” In other words, I had oodles of external conflict, but I still hadn’t nailed down the heart of the novel, Lorn’s internal conflict.

Hayden suggested two roads I could follow to make the story work: either Lorn, in response to the violence he’s been exposed to and committed, becomes a cold-blooded heart-of-stone killer, or he becomes a tortured soul barely holding it together, who still manages to save the day. He thought the latter more interesting, and so did I, and thus that’s the path Lorn takes in the revised version of Falcon’s Egg I recently submitted.

So how do we decide which road to take? I try to choose the most interesting road—the one that leads the story in a direction that I will enjoy writing, and (more importantly) readers will enjoy reading. That doesn’t necessarily mean the happiest direction, but nor is it automatically the grimmest. It usually does mean (I hope) the most surprising. Nothing is more boring than predictability, and there are many venial literary sins I will gladly commit to avoid the mortal sin of being boring.

No matter what you are writing—science fiction, fantasy, literary fiction, poetry, even non-fiction—at every step along the way you are faced with choices. Strive to make the most interesting choices…and leave the boring ones to the versions of you scribbling away in parallel worlds.

Permanent link to this article: https://edwardwillett.com/2015/06/the-space-time-continuum-two-roads/