Two days of writing! Photos! More excitement than you can shake a stick at!

I failed to post yesterday’s First Sentence I Wrote Today, which means now I have two, two, two sentences to post! 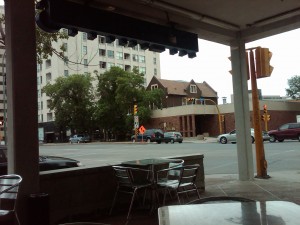 Most of the new verbiage (also some nounage, and a bit of adjectivage–I try to be sparing with the adverbiage) was on Blue Fire.  Yesterday’s first sentence was:

Illinen crouched in the darkness outside the Freefolk camp, watching the guards and the boy they called “Priest-Apprentice,”  until Penrod howled the signal to slip away.

Illinen had heard of the Watchers, scouts scattered along a line a day’s travel west of the Great Warren, hidden inside camouflaged shadow-shelters, peering out through pinholes, risking eyesight and more to make sure the Daydwellers did not come near the center of the Nightdwellers’ kingdom.

Magebane I think I’ve got figure out at last–my big plot breakthrough of Saturday morning turned out to not be quite as definitive as I’d liked, but further thought yesterday has, I think, brought everything much clearer. So new stuff is finally happening there, though I don’t have a First Sentence I Wrote Today for it today. Maybe tomorrow. 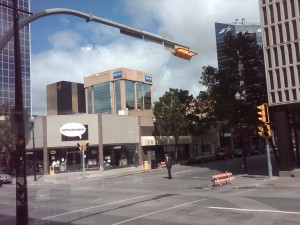 Permanent link to this article: https://edwardwillett.com/2009/07/two-days-of-writing-photos-more-excitement-than-you-can-shake-a-stick-at/